King and I at the Orpheum

British actor and vocalist Laura Michelle Kelly has been tasked with the impossible. When Disney's stage adaptation of Mary Poppins opened in London's West End, Kelly was tasked with taking on the role of P.L. Traver's titular nanny who's practically perfect in every way — a role indelibly stamped by Julie Andrews in the 1964 Academy Award-winning film.

"I used to tell people I wasn't intimidated at all; I'm born to do this job," Kelly says confidently, as she drives into wind and rain kicked up by Hurricane Irma, on the road to her next engagement as Anna in Rodgers & Hammerstein's The King and I. "But actually I think I really was quite ignorant," she adds. "Ignorant of what people want and the expectations they have. I had a lot of confidence in my abilities because I've done this my whole life. But I think what I wasn't doing was realizing just how much of an impact these characters have had on people's lives. I definitely do feel intimidated now. And I have respect for the role that people have trusted me to play. I think it makes me a better actress now, knowing the level of honor there is to play something like this. It makes the role far more fun. It makes me look deeper into how I can portray it." 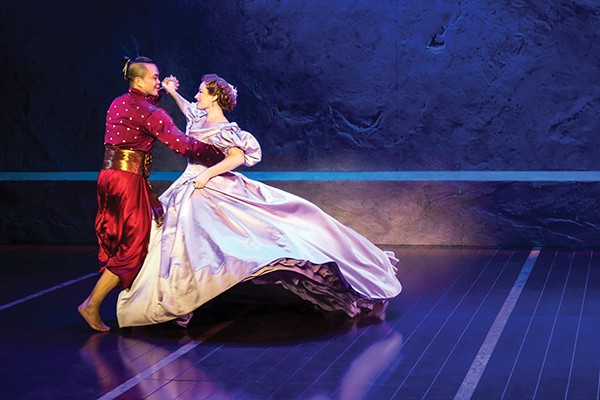 If Kelly's interpretation of Mary Poppins reset audience expectations, director Bartlett Sher's done much the same with his fresh take on The King and I, the story of a widowed British schoolteacher who goes to Siam in the 1860s to tutor the royal children in English.

"The idea about a musical or a movie or a play is to help people escape to a whole new world, right?" Kelly says of Sher's dedication to authenticity and detail-oriented work.