A Democrat muses on a possible statewide ticket for his party in 2014.

As Sara Kyle decides whether to challenge Governor Bill Haslam and his billions in the 2014 governor's race (and here's hoping that she does), there is more to think about for 2014.

With the announcement that the rabidly rightist state representative Joe Carr of Lascassas has decided to challenge Senator Lamar Alexander in the Senate GOP primary, it raises some questions that Democrats need to think about.

As we have seen in other states, when a moderate senator such as Alexander is challenged in a GOP primary and then defeated, it has enabled Democrats to elect a senator, as in the case of Joe Donnelly in Indiana, and it has opened up possibilities for Michelle Nunn (yes, that's Sam's daughter) in Georgia. 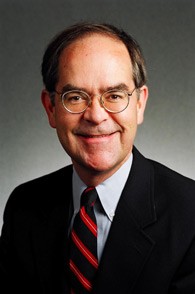 Does Joe Carr have a real chance to knock off Alexander in the primary? Well, once we start seeing his disclosures and can determine if the Club for Growth and ALEC (the American Legislative Exchange Council) will put serious funding into Carr's campaign, then that could cause Democrats to rethink whether to field a candidate who can raise money into the race.

If no one else gets in, I will probably vote for Jacob Maurer, the Nashville liberal activist; he seems to have the right stands on the issues for me, but I harbor no illusions about his ability to beat Alexander in a general election. However, what if Carr really gets the wackos out to beat Lamar in the primary?

The old-guard GOP truly hates the Tea Partiers with a purple passion, and if the last member of the Holy Trinity that built the establishmentarian TNGOP (Howard Baker, Fred Thompson, and Alexander) is upended, does anyone else think that some of their money might go to a Democrat worth voting for?

I think we may know the answer to this question before Christmas. And, if it looks like Carr can make enough headway to beat Alexander, then Democrats need to get someone ready to run.

When it comes to the type of person that old-guard GOPers might be willing to support in the event of a Carr upset over Alexander, there's really only one Democrat who could get the support and funding from those folks.

I know, I know. No, I am not high or drunk or otherwise altered. Under normal circumstances, I would be calling for Cooper, Nashville's Democratic congressman and a Blue Dog's Blue Dog, to be primaried from the left.            However, as you may have noticed, these are not normal circumstances, and if Joe Carr were to somehow snatch the GOP nomination from Alexander, there are a lot of GOP donors who would be pissed off enough to help Cooper. This may be his best shot.

All of this, of course, comes down to whether the wackos in the TNGOP can knock off the old guard; no one thinks Cooper could take Lamar Alexander mano-a-mano. However, if Carr proves to be a more formidable force than anyone believed, Cooper would be ready to send him back to Rutherford County.  It would also mean that a Democrat would win a Senate race for the first time in this state since Al Gore was reelected in 1990.

All of which means that Jim Cooper needs to think about this seriously. As much as I have been at odds with him on my blog, he clearly would be our best choice in the event of a GOP Senate primary upset. I would absolutely hold my tongue and keyboard and try not to criticize him, knowing what the alternative could be.

And if we had Kyle and Cooper at the top of our ticket, it sure as hell might encourage other Democrats to run for state House and state Senate positions, and that is a consummation devoutly to be wished.

So, Jim Cooper, take this under consideration, if you have not done so already. If Carr can beat Lamar, you could move up and take another Senate seat from the GOP, which would be indeed a good thing. For you, for the party, and for the state.

Memphian Steve Steffens is the proprietor of leftwingcracker.blogspot.com, a Democratically oriented blog.