Emma Stone and Ryan Gosling dazzle in a musical masterpiece

The medium is the message," said Marshall McLuhan in 1964. There is no separating the meaning of a work of art (or journalism or anything) from the way the information is delivered. TV news, for example, must first teach you how to watch TV news before it can impart any other meaning. A film may be about war, or love, or death, but first and foremost, it's about the act of watching a film. 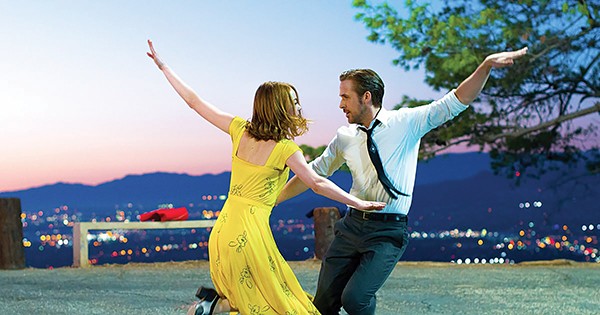 I say this not to denigrate La La Land, but to put it into perspective. Professional movie grousers like myself are always going on about the loss of Old Hollywood craftsmanship. Chazelle has apparently decided to stop grousing and do something about it, using the musical as his medium. La La Land transports the tropes of classic Hollywood musicals to 2016, and it's a perfect fit.

What was better about old school musicals? West Side Story (1961), for example, was fairly conventional in its non-singing parts, but when the music started, the singing and dancing was shot in long takes, with the camera pulled back to reveal the dancers' entire bodies and the grace of their movement through the stage-inspired sets. When the music starts in Moulin Rouge! (2001), on the other hand, the cuts get quicker and more random, a jumble of close-ups and medium shots meant to create the illusion that Nicole Kidman could dance like Rita Moreno. From the dazzling opening sequence of La La Land, Chazelle puts himself squarely on the side of West Side Story. When we first meet our protagonists, Mia (Emma Stone) and Sebastian (Ryan Gosling), they're stuck in traffic on Los Angeles' infamous I-405, oblivious to the intricately choreographed mass of commuters around them singing "Another Day of Sun." Cinematographer Linus Sandgren's camera swoops and dives, but the focus is always on the dancers' athleticism.

The sequence sets the tone for the film. Chazelle has a knack for finding beauty in the mundane details of Los Angeles. Palm trees become pillars of light and shadow, backyard pool parties are riots of dappled color, and, in one of the most dazzling sequences of the decade, Chazelle uses an actual L.A. sunset as a backdrop for Stone and Gosling's first dance together.

Mia and Sebastian are both trying to make it in showbiz. Mia is an aspiring actress working as a barista in a studio backlot coffee shop, while Sebastian is a keyboardist obsessed with jazz who dreams of owning his own club. But it's hard out there in La La Land. Mia's stuck in a loop of humiliating auditions for indifferent casting agents, while Sebastian scrapes out a living playing Christmas carols in a piano bar — at least until he's fired by J.K. Simmons in a sly reference to Chazelle's last film, 2014's Whiplash.

Stone and Gosling can't live up to the standards of Fred Astaire and Ginger Rogers — who could, really? — but they more than make up for any shortcomings when they're not singing and dancing. From the moment she glimpses his shabby convertible out the window of her Prius, you're instantly rooting for them. This is their third pairing as an onscreen couple, and they have chemistry to spare. It's the careful balance between the emotional realism of the acting and the sheer technical audacity of the musical numbers that elevates the movie into the realm of greatness even before Chazelle rips out your heart with the extended, bittersweet coda. In a year defined by sadness and loss, La La Land provides a much-needed injection of joy.