Letter From the Editor

Question of the week in Memphis: "Do you have power?"

As I write this, 50,000 or so Memphians don't. MLGW crews are working long hours to get electricity restored to those still impacted by last week's violent storms, and everyone is supposed to be back on the grid by week's end. But it's been a tough few days for lots of residents and businesses. 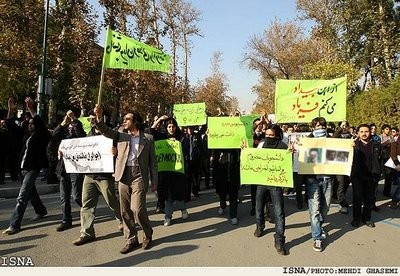 A few questions come to mind: Where is Mayor Herenton? Shouldn't he be out front when trouble strikes the city he leads — reassuring the populace, publicly touring impacted areas, letting citizens know their leader is on the case?

Apparently not. I know the mayor can't reconnect people's electrical service, and that if he did make appearances, many would call it political grandstanding, but when disaster hits, the mayor needs to be visible and involved.

Another question: When your power's out, where do you go to get information on the situation? It used to be that you'd turn on your trusty transistor radio to get the latest updates from local stations. You could also tune your radio to pick up local television stations. No more.

For one thing, local radio stations don't even have news staffs anymore. (In fact, most "local" Memphis stations aren't local at all; they're owned and operated by corporations in distant cities.) To make matters worse, now that television stations are broadcasting digitally, you can't even tune in to, say, Channel 5, for updates, unless you've upgraded to a digital transistor.

So what do we do if an earthquake strikes? I think the current situation in Iran offers a way forward: Twitter.com. I'm not joking. Andrew Sullivan has dedicated his "Daily Dish" blog to the Iranian uprising this week. He's using Twitter.com and posting dozens of messages from those on the frontlines. It's riveting reading, in 140-character bites. We learn who's missing, where the soldiers are, where the next march will start, where the latest explosion occurred.

Meanwhile, CNN, Fox, and MSNBC are broadcasting "updates" that are out of date before they even go on the air. When it comes to real-time reporting, blow-dried news readers are history. Cell phones and other mobile devices are the future of emergency broadcasting.

However, if you can find an analog station, your transistor radio can still be very helpful. You can listen to the Eagles and Journey while you wait for the MLGW truck.