Letters to the Editor

Binghampton
Thanks to the Flyer for publishing Bianca Phillips' wonderful story on Binghampton ("The Hamp," November 7th issue). It's remarkable what kinds of great things can happen when people invest their hearts and energy into making a difference for good. This story made me proud to be a Memphian. 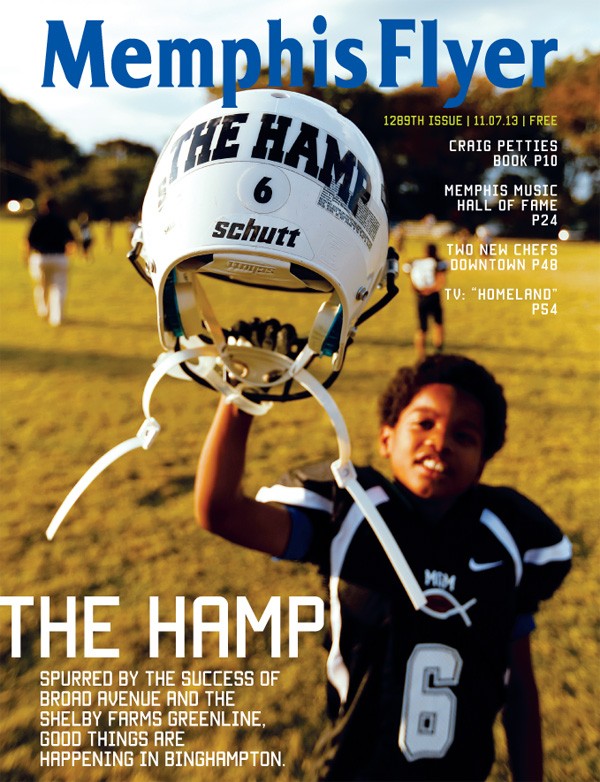 A Right to Record
I am concerned to read reports that people are being arrested for shooting video on public streets when the Memphis Police Department is involved. As an assistant professor at Rhodes College who teaches film and photography, as someone who loves and makes documentary films, and as an American who believes we should guard our First Amendment rights carefully, I want to reiterate why this is an important issue to everyone.

I do not pretend to know all of the details of the specific incidents occurring on South Main or at Manna House. But reports were that in both incidents citizens felt the police were doing or were about to do something unlawful or unjust, and they began filming with their cell phones. In both cases, those filming were told to stop shooting video; they did not, and they were arrested and taken to jail. There are reports that at the scene police said that a permit was required to film. The official charges were "obstructing justice" or "obstructing a passageway."

First, it should be noted that it is completely legal to film on a public street or public property at any time. When video equipment is small and mobile, no permit is required. Filming must not obstruct the duties of law officials, and this is the gray area. In a public space, such as Main Street, it is difficult to believe that someone with a cell phone would be literally and physically impeding the work of the police officer. The problem is that one could be considered to be hindering the operations of law enforcement by disobeying direct commands, such as "stop filming" or "leave," but unless one is breaking a law or ordinance, the police have no right to ask you to stop filming or to leave.

I have filmed in seven different countries, including Tiananmen Square in China, without being arrested. It is disheartening and embarrassing to learn that people are being arrested for filming on Main Street in Memphis. I call on the MPD to apologize to those who were arrested.

Prayer
It will be interesting to see how the Supreme Court will rule on the latest challenge to prayer at government meetings. Naturally, Christians are clamoring to cram their bigoted beliefs down the throats of everyone within earshot, as they always do.

Since religion should be a personal matter, the logical and sensible solution would be to simply have a moment of silence, during which people could pray to the imaginary friend of their choice. But since half of our Supreme Court is made of right-wing wackos, expecting a sensible and logical decision is a bit of a stretch. I will pray to the Flying Spaghetti Monster that sanity may prevail.

Redskins and Braves and Indians
Recently, there has been criticism of the idea of changing the name of the Washington Redskins. It was thought to be a matter that was not really important.

The treatment of Native Americans is a part of our history that we can only be ashamed of. We should not continue to dishonor Native Americans by using names for our sports teams that are insulting to them.

The Washington Redskins name and logo are patently offensive to Native Americans, despite what the team's defenders might say. The smiling red-faced Indian logo of the Cleveland Indians has always been a disrespectful symbol. The Atlanta Braves recently tried to bring back the reprehensible "savage Indian" logo.

I applaud the schools — including Stanford, St. John's, Marquette, and Arkansas State — that chose to do the right thing and changed their names and mascots, because they were offensive to Native Americans.