Tune into Twitch every Friday at 8 p.m. to join the fun.

Lightclub Memphis, a community of like-minded individuals whose emphasis is to provide a safe, drug-free environment for members to dance, connect, and enjoy electronic music, has been hosting bi-weekly or monthly events since 2014.

Their goal has always been for the group’s members to enjoy “love and light” while also reveling in an immersive experience, with a state-of-the art 3D projection mapping installation and holograms serving as a backdrop for an evening of free meals cooked up by longtime member Antonio Sanders and multiple genres of electronic music performed by local DJs.

“I made it a personal mission to create a safe space where people could come and connect, dance, and not have to escape life with drugs,” says Lightclub founder Scotty Bollinger. “I feel like people take drugs to escape reality and to mask pain. Our hope at Lightclub is that if you will take a risk and come as you are, you can feel the same acceptance and escape the pain of life for a bit without having to do damage to your body.”

However, by 2018, Lightclub’s community grew so large that Bollinger could no longer safely host events at his property, so he took a hiatus from hosting private parties and began to focus on performing shows at local venues like Black Lodge, The New Daisy, and CANVAS.

But when the outbreak of COVID-19 forced all venues to close for the unforeseeable future, Bollinger wanted to figure out a way to continue to get his and others' music out there.
"I saw a lot of other DJs starting to post online sets, and a couple of friends reached out to see if I was interested," says Bollinger. "After tuning into other people's sets, I realized it was a great way to still have connection." 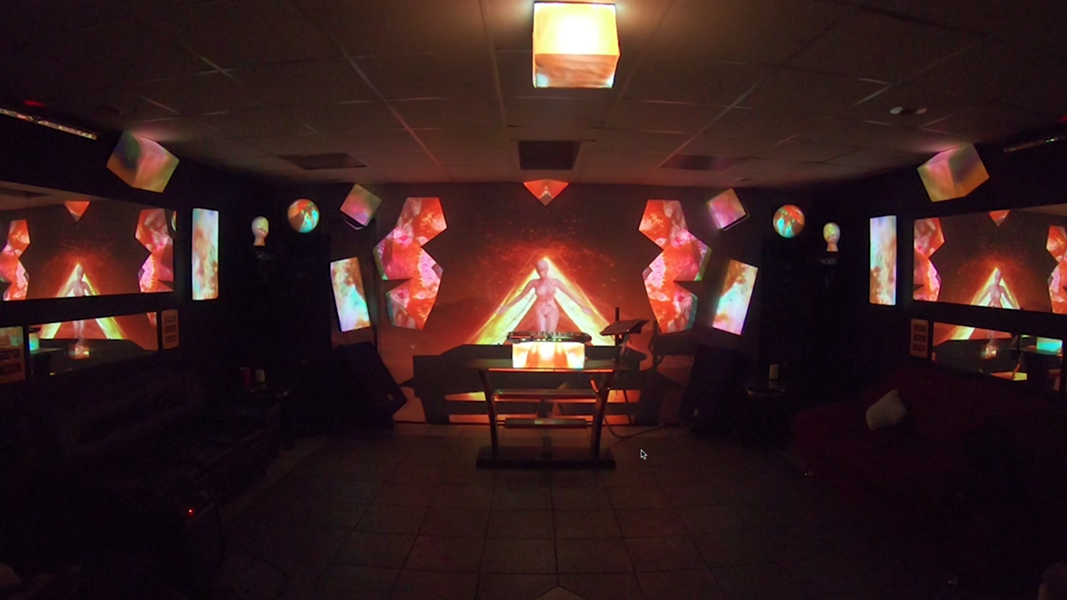 So Bollinger arranged a weekly Friday night online Twitch stream, kicking off the series with an evening of melodic techno with special guest DJ AD on April 10th. Since then, Bollinger has hosted six other local DJs, including Tree, Mylon Webb, Alora, Shinobi Senses, mado, and Jordan Rogers.

“The reception has honestly been better than I had hoped,” says Bollinger. “People are happy to connect and hear the music they love. Some of the local hula hoop community sent me pictures of the stream on the TV and them hooping while we were performing. It’s really cool to see people getting to do what they love in this challenging season.”

Although members of Lightclub Memphis can no longer meet in-person to enjoy the atmosphere, Bollinger says he’s grateful for the opportunity to provide an online space for the core community to engage with each other while also enjoying the audio and visual aspects of what Lightclub has to offer from the comfort of their homes.

“Most people are bored at home and this is a small reminder of normalcy,” says Bollinger. “Music is a universal language that soothes the soul. Around half of my performers DJ for a living and are out of work, and this gives them a chance to still be expressive and connect with their friends. In some ways, it's as much for the DJs as it is for those who tune in.”