Ira Sachs’ ode to friendship is a quiet triumph

Little Men proves Ira Sachs directs actors better than almost anyone else working in film today. Sachs doesn't rehearse his actors before they come onto the set, but that doesn't imply a lack of preparation on his part. The first step in getting career-best performances from people like John Lithgow and Alfred Molina is a spot-on instinct for casting. For example, when preparing for 2014's Love Is Strange, he discovered that Lithgow and Molina were old friends, and he knew that even though both actors are straight, they would be perfect to play the long-committed gay couple whose lives are thrown into turmoil when they are finally able to marry. Little Men, which finishes a trilogy of Sachs films about male relationships that began with 2012's Keep the Lights On, starts off with a strong foundation of perfect casting from top to bottom. The lead duo are Theo Taplitz as Jake Jardine, the shy, 13-year-old whose parents' move from Manhattan begins the story; and Michael Barbieri as Tony Calvelli, the outgoing, first-generation Brooklynite who immediately recognizes a kindred spirit.

Jake's dad Brian is played by Greg Kinnear, from whom Sachs wrings an unexpected depth of emotion. Brian is an actor whose father Max dies, leaving him and his sister Audrey (Talia Balsam) the building in Brooklyn where he lived. The building comes with a spacious apartment and a single tenant, a dress store owned by Leonor Calvelli (Paulina García). When Max bought the house, his Brooklyn neighborhood was quiet, working class, and not very desirable. By the time the Jardine family moves in, it's in the midst of a real estate boom, pushing the average rents on the street five times higher than what Max was charging Leonor.

Sachs has been recognized as perhaps the greatest queer filmmaker of his generation, but there has always been an underlying class consciousness in his work. Little Men brings those concerns to the forefront. Jake and Michael quickly become best friends, but there's no suggestion of romantic attraction between the two teens. Tony clearly likes girls, and one of his best scenes involves his getting his first taste of rejection when the girl he's crushing on informs him she's into older guys. After giving a look like he's been hit in the stomach with a sledgehammer, Tony gathers himself up and says, "Thank you for your honesty"—which, not coincidentally, was the title of the retrospective series New York's Museum of Modern Art ran in Sachs' honor this summer. 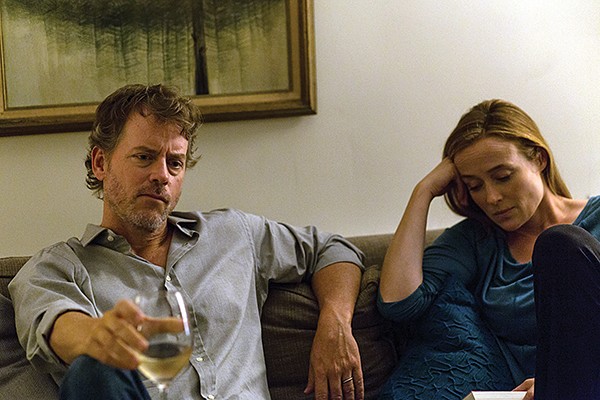 Jake and Tony bring out the best in each other. Jake begins the film avoiding eye contact with his public school classmates and ends with a developed set of social skills. Tony takes Jake's commitment to his drawings and discipline in schoolwork, and the aspiring actor flourishes, as seen in a blistering scene in an acting class run by Mauricio Bustamante. But as the two only children grow closer, raw economics conspire to pull them apart. Brian's acting career is going nowhere fast, and his sister Audrey insists on raising Leonor's rent to levels the store can't sustain. Jake and Tony's doomed friendship becomes a metaphor for the vanishing multiethnic, economically varied community in Brooklyn that inspired Jane Jacobs' The Death and Life of Great American Cities.

Sachs' and co-writer Mauricio Zacharias' ability to imbue a simple story about a couple of tween boys bonding over video games with such depth of subtext is breathtaking. Even the way they get into and out of scenes brings unexpected joy. Sachs and cinematographer Óscar Durán's camera is always in exactly the right place, never sacrificing clarity even as the framing and staging veers wildly unconventional.

Sachs says Little Men was inspired in part by his experiences as a longtime member of the Memphis Children's Theatre, and it's clear that his actors are at the center of everything he does. García is absolutely brilliant as Leonor, a tough but kind woman fighting for her livelihood while trying to do what's best for her son. Molina makes a cameo as Leonor's lawyer, and even his minor turn is brilliant. Kinnear delivers the sneakiest performance of the film, surrounded by loving family, but also alone, uncertain about his action, and ultimately denied any sort of lasting satisfaction. It may not rise to the emotional highs of Love Is Strange, but Little Men is a beautiful, complex work that will stay with you long after the credits roll.