Lucero: Among the Ghosts

Ben Nichols on Lucero’s new album — and the pastoral life.

With the release of Lucero's first album since 2015's All a Man Should Do this week, a new page has been turned in the band's life. With Ben Nichols, the group's singer and songwriter, settling into married life and fatherhood, and the band celebrating its 20th year this spring, the new songs strike out for new territory with a wistful nod to the past. As with the cover image of Among the Ghosts — a homespun church blurring into reflections of the floodwater surrounding it — the sounds of the new album are deceptively spare, but full of shadows.

Ghosts has the cinematic sweep of classic Springsteen, but it's a cinema filled with dread and ominous foreboding. It's no great stretch when, near the album's end, Nichols' voice drops out and one hears a noir-inspired monologue by actor Michael Shannon. Not unlike Harlan T. Bobo's recent foray into fatherhood, which resulted in the darkest music of his career, Nichols turns from his new grounding in parental life to cast an eye at the broken world our children will inherit.

When Nichols called me from his home in Ohio, he contrasted the bliss of his current life with the brooding songs he's created. 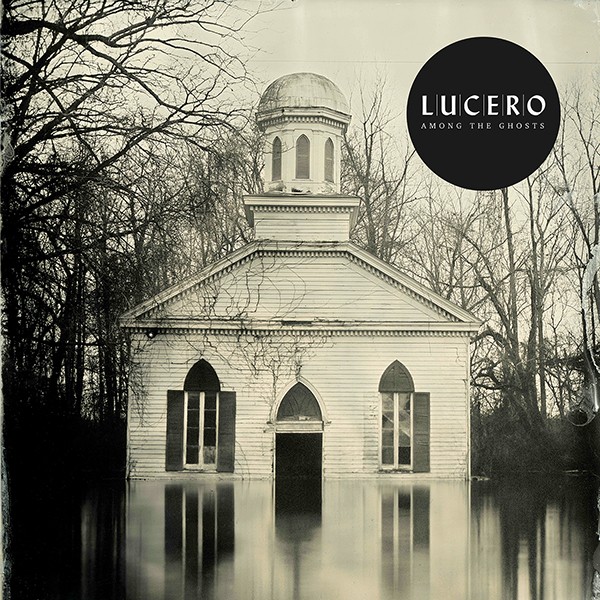 Flyer: It seems your lyrics have become more writerly. Does this grow out of being more of a dad and homebody these days?

Ben Nichols: It's kinda like living in the witness protection program. Nobody knows me. We're out here in the middle of nowhere. We've got a couple acres out in the country. It's all dairy farms and fields, and it's real nice. I don't do anything, I just hang out at the house with the family. I'm happier than I've ever been, but I've written some of the darker songs that we've written recently. Now the stakes are higher. I've got something to lose. I've got something I actually care about. In the past, it didn't matter which direction the world went, but now, I've got a little girl. And things matter more now than they used to. And things are scarier now than they used to be.

I love all the old Lucero songs, all the drinking songs and heartbreak songs, which pretty much came straight out of my life, but I don't have to write those again. It was nice going in a slightly different direction this time. I was trying to think of the songs more as short stories. I think it fit the music as well.

What authors have you been inspired by?

For "Long Way Back Home," which we just filmed a video for, I was definitely thinking about Larry Brown and Ron Rash. And also my little brother, Jeff Nichols, and his films, like Shotgun Stories and Mud. I wanted to capture that kind of Southern storytelling. Songs like "Everything Has Changed," the whole idea of that song, the guilt in that song, is straight outta that Tim O'Brien story, The Things They Carried.

There's a yearning for home that plays through the record. It's very specific in the title track, "Among the Ghosts." That one is most directly from my point of view: being on the road and missing my family. But then you've got "To My Dearest Wife," which is more from a soldier's perspective. It's based on some Civil War letters that I found, but I didn't wanna make it too specific.

The tracks also evoke wide open spaces, but with big guitar tones instead of horns.

We were taking a step back from what we'd done on the last three records, recorded at Ardent, which was a very Memphis-centric sound. We had the big horn section and the boogie-woogie piano that Rick Steff was playing. With this one, I was deliberately taking a step away from that. We changed studios; we went to Sam Phillips. And we changed producers; we worked with Matt Ross-Spang. And we deliberately went in more classic rock direction. Something that was more cinematic and more melancholy.

Does touring have a more melancholy edge now?

It's a whole new kind of heartbreak, leaving a two-year-old daughter at home. Before, you'd leave a girlfriend or your friends behind for a month or two. Leaving your little girl behind is tougher. But overall, it's a pretty sweet setup. Come up with guitar parts at home with my daughter running around, and then go down to Memphis and record 'em in a place like Sam Phillips Studio? Yeah, you can't beat it.