A similar motif runs through new (and reissued) releases from Memphis-centric groups Snowglobe, Two Way Radio, and the Smartest Man in the World. As with most local releases, the albums share some players. Two Way Radio's Succinct Extinction, for example, features Snowglobe's Brad Postlethwaite playing the singing saw. But the common thread running through these releases is the lush arrangements, the focus on melody.

Each release oozes atmosphere, overflowing with horn or string arrangements and layer upon layer of backing vocals. What's more, it's all tastefully done, even when horn lines, guitars, pianos, and dueting vocalists share the spotlight, these songs never cross the line into cacophony. Rather, the smorgasbord of vocal and instrumental textures on display acts as an injection of whimsy at the tail-end of a year often characterised by monotony and dread. 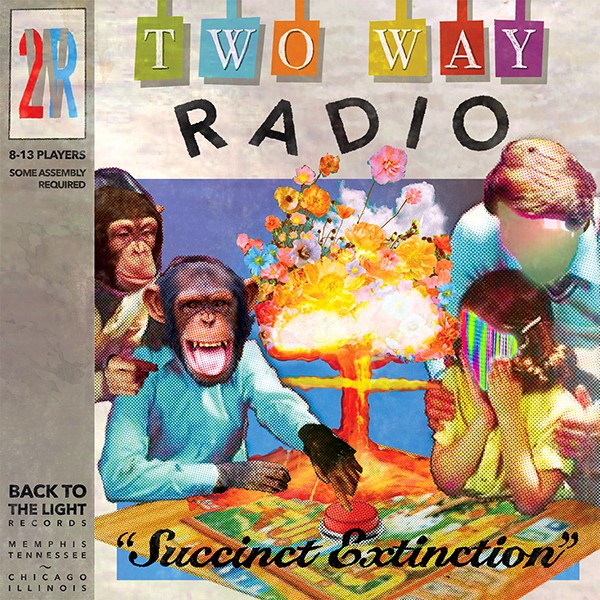 Two Way Radio — Succinct Extinction (Back to the Light Records)

Succinct Extinction, the "long-lost" album by Two Way Radio, at last sees the light of day. "It kind of launched out of us getting chosen to participate in [Craig Brewer's] $5 Cover project," J.D. Reager explains on his Back to the Light podcast. As Reager and his guest and TWR bandmate Andrew McColgan remember, Scott Bomar, musical director on the $5 Cover show, approached the band to talk about recording an album at Ardent. The band, of course, jumped at the chance.

The end result was Succinct Extinction, a multi-layered example of confectionary pop perfection. Though Bomar shopped the album around to different labels, no one bit, and it was eventually shelved. "It was definitely disappointing when the plug was pulled," McColgan says. He and Reager muse that the stall on the album may have led to the band's breaking up. Now, though, Succinct Extinction has found new life thanks to Reager's Back to the Light label.

"Dirty Dishes" kicks off the album with an arpeggiated piano melody played over restrained guitars and drums. Soon lyrics about Star Wars toys, taking out the trash, and doing the dishes find the sweet spot where the mundane and magical mingle. Kate Crowder's voice, interwoven with the all-star cast of other vocalists, is the star of the show. "Can You Boss a Nova Around?" wins the award for cleverest song title, and "I Can Do Better," "Waking Hours," and "Succinct Extinction" are all standout tracks. 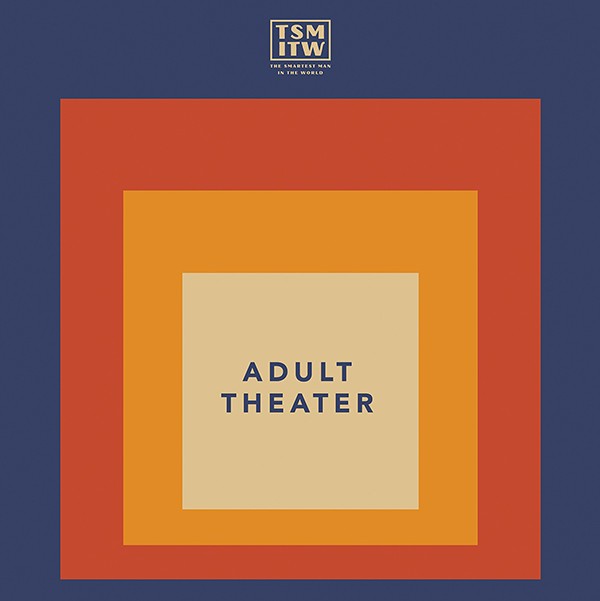 The Smartest Man in the World — "Adult Theater" (self-released)

"We have these ideas about who we are and what we're going to be. They're just ideas, but we believe them and they determine the course of our life," says Dead Soldier frontman and self-styled Smartest Man in the World Michael Jasud. "We also have ideas about what kind of person we're supposed to be with, and sometimes they're quite bad ideas."

The chorus' vocal melody references Player's "Baby Come Back," even as Jasud's lyrics make clear how foolish an idea a reunion would be for the song's erstwhile lovers. Though Jasud's introspection and self-deprecating sense of humor help the songwriter tease out smart, catchy lyrics, the real MVP is the absolutely on-fire musical arrangement.

The players are Shawn Zorn on drums, Landon Moore on bass, Rick Steff on keys, with Kait Lawson and (Snowglobe collaborator) Luke White on backing vocals. "Victor Sawyer wrote the horn parts, which really highlight his incredible and understated sense of melody, and put them down with Jawaun Crawford on trumpet. And Toby Vest of course, my partner in crime and orchestrator of this whole project," Jasud says. "All of those guys were really instrumental in this song coming together the way it did."

Snowglobe's debut album, Our Land Brains, was originally released via Bardot Records in 2002. The album received favorable reviews and launched a band that would feature prominently in the Memphis music scene for the next two decades. Now, Nine Mile Records has released a remastered limited-edition double vinyl of Our Land Brains with new artwork by Andrew Kosten.

For Memphians aware of Snowglobe but unsure where to begin, the Nine Mile rerelease makes for an ideal jumping-on point. The album bustles with clean, crisp acoustic guitars, Nahshon Benford's stellar horn lines, and more than a dozen pitch-perfect pop songs — more or less what a listener should expect from the band.

The album opener, "Waves Rolling," is a slow, seductive entrée into Snowglobe's dreamy wonderland. "Adrenaline Mother" weaves luxurious pathways through the listener's brain; warbling slide guitar and horns create a dreamlike atmosphere. "Stubber" starts slowly and sparsely, but when the drums begin in earnest, the song feels as though it's tapped into something undeniable. That's the effect this group always has on me: I find myself nodding along, certain of the implicit truth of the song — even when I didn't quite catch the words. That's just the power of Snowglobe, and why the band's name, with its connotations of magic and illusion, is such a perfect fit.