Following their good results in the election year 2018, which saw variations on blue wave voting in every governmental sphere except, arguably, the elections for statewide office, Democrats in Shelby County are wondering how best to follow (and improve on) that act, going forward.

Two of the party's would-be standard-bearers were on display last Wednesday night at Coletta's Restaurant on Highway 64, where the Germantown Democrats hold their monthly meetings.

One was James Mackler, the Nashville lawyer and Iraq War vet who declared for the U.S. seat of then Republican Senator Bob Corker in 2017 and backed out a year later in deference to former Governor Phil Bredesen's decision to run for the same seat. The other was Eric Coleman, a veteran of the war in Afghanistan, who is the party's nominee for the vacant District 32 seat in the Tennessee state Senate. Mackler has declared for another run in 2020, for the Senate seat that Lamar Alexander has indicated he will vacate. 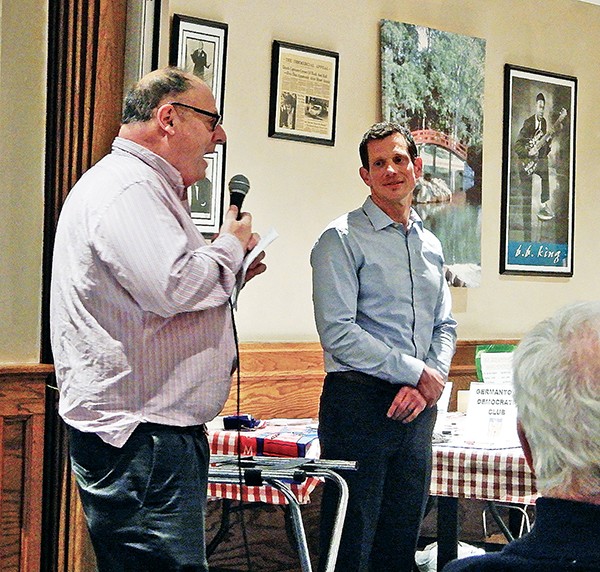 That both of these aspiring exemplars are combat veterans is, arguably, a sign of an ongoing process within the Democratic Party of reactivating roots and former constituencies. (The current Shelby County party chair — Corey Strong, who is due to be succeeded by a new chair in a local party convention process in March and April — happens also to be a veteran.)

In a thinly veiled reference to what many Democrats judge to have been a lackluster race by Bredesen, who lost to Republican Marsha Blackburn, one questioner asked Mackler how it was possible to run for statewide office in Tennessee without being suspected either of not being Democratic enough nor being middle-of-the-road enough.

Mackler's answer was swift and to the point. "The pundits will say you can't criticize Donald Trump in Tennessee," Mackler said. "Donald Trump only cares about himself. He's making the country worse, not better. I intend to tell the truth, and the people of Tennessee will respect that." 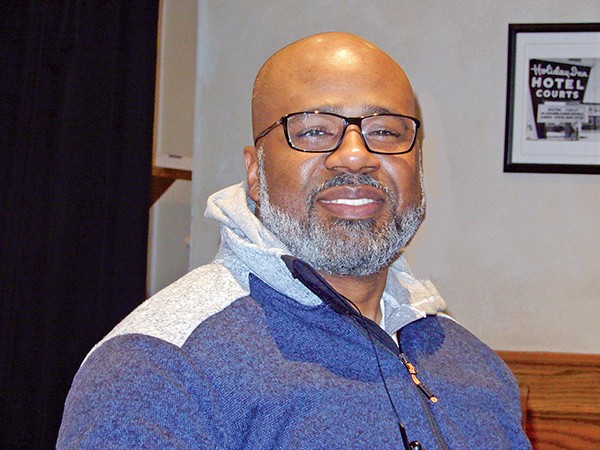 As for the rest of the question, "It's fair to say Tennessee has a lot of under-served communities. I'm going to go to these communities, not as a politician but again as a veteran, a husband, and father, and listen to people."

Mackler promised to be a positive example, "the kind of person your kids can look to and be guided by, someone who will share credit when things are accomplished and take blame when they are not." He added, "That's what I think leadership is."

Among the subjects discussed by Mackler were the prospect for investment in jobs and infrastructure, a need for background checks in gun sales, his "disgust" at efforts to stigmatize transgender members of the armed services ("Not for a moment did I question the sexuality or the orientation of the person in the helicopter with me."), and term limits ("My little girl asked me, "Daddy, don't other people get a turn?").

Among other things, Coleman, a paraplegic as a result of his service, discussed his background as a procurement specialist in the Navy, talked about the incoherence and recklessness of the nation's fiscal policy under Trump, and attributed much of the problem to the president's experience and background in the seamy world of New Jersey wheeling and dealing.

Coleman said it was difficult for a Democrat to win in District 32 (which takes in much of eastern and northern Shelby County, as well as Tipton County), "only if we make it so."