While the Memphis Area Transit Authority (MATA) is building a trolley system "that will never allow anything unsafe to happen again," its leaders say they are working even harder on procuring new buses to replenish its aging fleet.

Two weeks ago, the Memphis City Council approved MATA's purchase of a fully restored trolley that looks identical to MATA's familiar, larger trolleys. The price tag was just north of $950,000, but the council also allowed MATA access to its full, current-year trolley budget of $2.25 million.

MATA president Ron Garrison said the move will leverage the $2.25 million into the equivalent of $11 million to purchase three or four trolley cars, after a set of funding maneuvers through state and federal channels. 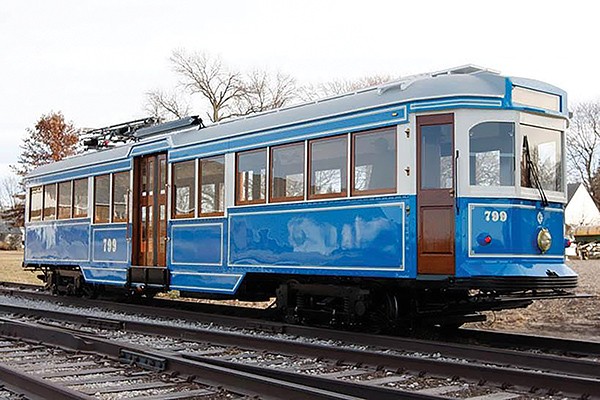 Limited rail trolley service could begin again here, he said, with a couple of trolleys working in conjunction with the trolley buses. Those buses could be retired if MATA had 10 rail trolleys up and running, Garrison said.

MATA has the resources to rebuild or buy "nine, maybe 10" trolleys at present, he said. To operate at full capacity, the Memphis trolley rail system requires 20 trolleys.

Trolleys are just one piece of the overall fix for the Memphis rail system. The other pieces are parts of the rail system itself. Garrison said since the trolley system was closed in 2014 after two trolley cars caught fire, MATA has repaired and upgraded portions of the trolley tracks, the catenary lines that run over the trolleys and provide them power, and power stations along the entire rail system.

Garrison said he'd like rail trolleys to run again here this spring but said "it's going to be much longer than that," noting it would be "foolhardy" to come up with a date for the trolleys' return.

Over the past few months, members of the Memphis Bus Riders Association (MBRA) and others have voiced frustrations on the perception that MATA has prioritized trolleys over buses.

"Just last month a bus was burning on the news," said Cynthia Bailey, MBRA co-chair. "You only get so many favors from these legislators, and I'm afraid they've been spent getting funds for the trolleys. We don't see any five-year plan to get millions for these buses like they've done for the trolleys."

Garrison said he's aware of the criticism, but he said that as hard as MATA is working on getting trolleys, the agency is working even harder to purchase new buses, calling that project "our main goal."

MATA needs about 55 new buses for its fleet, an order that would cost about $24 million, Garrison said. To get there, Garrison said he's talked with Mayor Jim Strickland about the need and will soon meet with individual city council members. Also, MATA is investigating new sources of funds to buy the buses.