And suddenly, I was transported back to some of the beer-fueled hijinks that sent me down to 201 in high school. But enough of that.

I'd gotten word that PizzaRev was opening up a Far East location out in Cordova, so the wife and I filled up the tank, grabbed our passports, and headed in the general direction of North Carolina.

Okay, it wasn't quite that far, and it was well worth the trip to play with PizzaRev's innovative self-serve wall of taps. You pour a glass and are charged for actual beer, not foam. A little gizmo that looks like the wristwatch out of a Cracker Jack box keeps track of your tab. How this works — technically — is some sort of witchcraft I'm at a loss to explain. 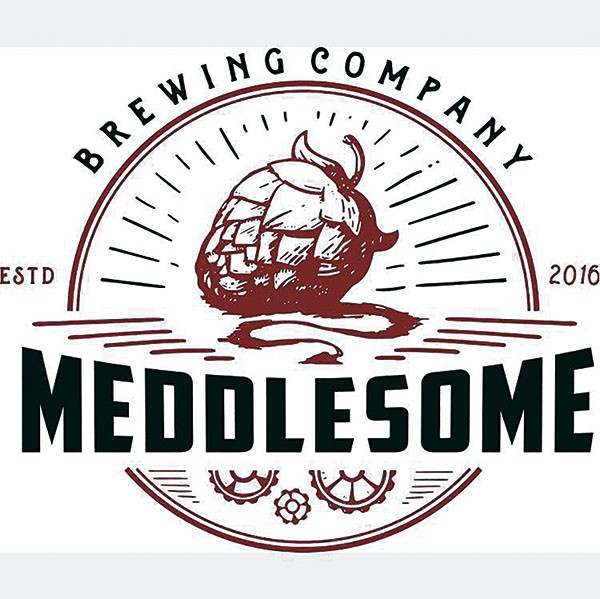 How the pizza was made is more straightforward, even if you design your own from scratch: Some nice kid slides it into a fiery oven. While we were waiting, we spoke with Ryan Guess, host of The Beer Show on WREC. Guess is the guru who selects the 15 taps for PizzaRev's Memphis and Nashville locations. While every location is different, he likes to go heavy on local brews and mixes in a few national craft favorites like Founder's, and even a Bud Light, for the steadfast Mrs. M.

"I have a beer I want you to try," Guess said to her. "Pull a sample of the Sweetwater Blue."

Now, I've been trying to fob weird beers on this lady ever since we were dating, and all I've ever gotten was a polite, smiling, "Mmm. Not my favorite." Or words to that effect, before she orders her regular. Then it happened — she had a taste of the Sweetwater Blue and poured a full one with a perfectly functioning Bud Light tap not 12 inches away. It's light with some fruit to it, and proof that at PizzaRev, miracles do happen.

Now, back to that Meddlesome beer. The newest craft brew in town, Meddlesome Brewing Company started making itself known in August. Since then, it has managed to get into about 72 locations stretching from Collierville to Mud Island. That's a good thing, because their 201 Hoplar is a knockout — a good solid IPA that isn't as hoppy as the name would have you believe. (They have a Double IPA coming soon.) The real test, though, would come with the pie.

Some things are just made to go together, and pizza and beer are two of them. Pizza is so ubiquitous, and so much of it isn't very good that we tend to forget it is a fairly complex dish with a lot of layers. We had a sausage and mushroom with a double crust, which was very good, if not terribly original ordering on our part. It was hot, not greasy, and those inherently salty flavors of sausage and cheese put a boom on the palate that welcomed Meddlesome's American-style IPA beautifully. It is a medium-bodied, very drinkable ale but had enough of the hop nose to stand up to what was going on with the pie. Basically, you knew you were eating a pizza and drinking a beer — and doing it well.

Guess said that there wasn't a pizza on the menu he couldn't pair with one of the beers on tap. And after the stunt he pulled with the Sweetwater Blue, who was I to argue? His next suggestion was a Wiseacre Oktoberfest. He wasn't wrong. It's a bold, copper-red lager with a full maltiness and a clean finish. For the mysterious Mrs. M., his second suggestion was a Yazoo Hefeweizen. Which produced a polite smile and a "Mmmm. Not my favorite."

I can't sneer; he's still sold her on one more craft beer than I have.