Last week was one in which a central figure in the national impeachment drama came to Memphis, and a week in which the three central figures in the Memphis mayoral race kept to their familiar positions vis-à-vis each other.

U.S. Representative Jerrold Nadler (D-NY), the chairman of the House Judiciary Committee, which seemingly has first dibs on any attempt to impeach President Donald Trump, was the guest on Thursday of one of his subcommittee chairmen, 9th District Congressman Steve Cohen, as Cohen's Subcommittee on the Constitution and Civil Justice held hearings at the University of Memphis Law School on the subject of voting rights.

A third member of the ad hoc Judiciary panel was U.S. Representative Sheila Jackson Lee (D-TX). During the two sessions of the subcommittee's deliberations, seven witnesses testified, including U of M law professor and former Shelby County Commissioner Steven Mulroy. The predominant subject matter was whether there was enough concrete data available to justify Congressional action to restore the viability of Section 5 of the 1965 Voting Rights Act, which mandates federal preclearance of any changes in the election laws of affected states.

The actual provision of the Act ruled invalid by the Supreme Court in the 2013 Shelby County (Alabama) v. Holder decision was Section 4, which contains a coverage formula that allowed Section 5 to be applied to nine Southern states deemed guilty of past suppression of minority voting rights. The Court ruled that the formula of Section 4 rested on data more than 40 years old and was obsolete.

It remains possible for Congress to reinstate the mechanism of Section 5 if a new formula can be found for Section 4, based on more recent evidence of voter suppression, and Cohen's subcommittee is holding hearings at various locations, including Memphis, to ascertain whether enough such evidence exists.

Though impeachment  was not a subject for discussion by the subcommittee, nor were questions about it allowed in the format of a post-sessions press conference, Nadler served notice in private conversations with session participants that the Judiciary Committee would establish rules for a formal impeachment inquiry this week. A vote on the matter is scheduled for Thursday in Washington.

• Another opportunity, perhaps the last of the election season, for a debate involving all the leading candidates for Memphis mayor was missed on Friday when two of the candidates, Mayor Jim Strickland and former Mayor Willie Herenton, chose not to participate in a forum co-sponsored by the League of Women Voters and the Tennessee Nurses Association at the National Civil Rights Museum.

Herenton showed up to greet attendees early during the event but left before the candidates were invited to take the stage to make their presentations and answer questions. Strickland failed to show at all.

The three mayoral candidates who did remain and participate in the forum were Tami Sawyer, Lemichael Wilson, and Steven Bradley, all of whom, like Strickland and Herenton, were eligible by having met a fund-raising level of at least $30,000.

Members of the sponsoring organizations expressed disappointment privately at the decisions of Herenton and Strickland not to participate in a joint debate format. Sawyer expressed herself on the subject with a public statement:

"This week, Dr. Herenton has shown that he isn't in this to serve the people. Just like he walked out on this job during his last term, he's walked out on women and nurses. Just like he turned his back on this city, he and Mayor Strickland turned their backs on millennials when they refused to participate in the MULYP forum held earlier this week. Memphis can't afford any more empty chairs in leadership. We can't wait for leaders that are present and tireless in their advocacy and representation for all of us. We need a mayor who will show up for each of us, and this is my commitment."

Steven Reid, a campaign advisor to Strickland, responded by saying, "Mayor Strickland attended 10 events over the past weekend, and this was an event that conflicted with his schedule."

The Herenton campaign responded with a simple "no comment." 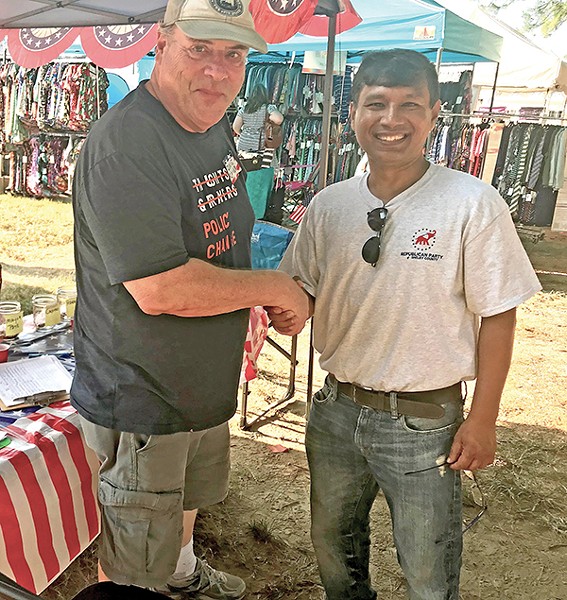