This Friday night, Melissa Etheridge will perform at Minglewood Hall in support of her Stax tribute album, MEmphis Rock and Soul. Released earlier this month on Stax/Concord Music Group, MEmphis Rock and Soul features 12 Stax classics, including "Hold On, I'm Coming," "I've Been Loving You Too Long," "Born Under a Bad Sign," and "I've Got Dreams to Remember."

Recorded at Royal Studios with Boo Mitchell and the Hi Rhythm section, MEmphis Rock and Soul sold 14,000 copies in its first week and made an impressive showing on the Billboard 200 chart, earning the No. 1 spot in the Blues category and No. 9 in Rock. The tour in support of MEmphis Rock and Soul kicked off last week, and this is Etheridge's only Memphis appearance this year. 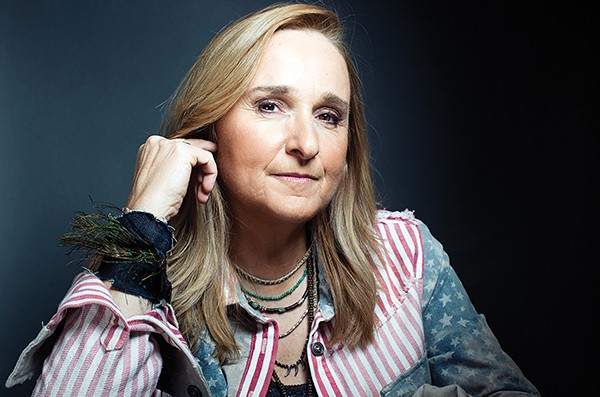 It's been a busy year for Etheridge, who in June penned a benefit song for the survivors of the shooting in Orlando at the gay nightclub Pulse. The song — also called "Pulse" — saw all of its benefits donated to the Equality Florida Project. Etheridge has long been a voice for the LGBT community, and her message of equality has reached hundreds of thousands throughout her long career.

Initially recognized as a top-tier songwriter in 1988, Etheridge played the Grammys that year before winning one herself for the song "Ain't It Heavy" in 1992. Her 1993 album included the chart-topping hits "Come to My Window," and "I'm the Only One," the latter of which won her a second Grammy in 1995.