November 19, 2015
comment
The 2015 edition of the Memphis Comic and Fantasy Convention will be held at the Hilton Memphis this weekend, November 20-22.

Convention founder and host of Geek Tank Radio on 600 AM, Joe Thordarson says this year's con will be the biggest one yet, with a bustling exhibit floor featuring vendors offering all sorts of comic books, fantasy, sci fi, and superhero memorabilia, and generally anything that appeals to everyone's geeky and nerdy side.  “We have comic artists, too many to name,” he says.

Among the guests will be Jerry Lawler, who is also an accomplished comic artist in addition to being a wrestling legend, and John de Lancie, famous for portraying rogue super-being Q on 3 Star Trek series in the 1980s and 1990s, and who has cultivated a whole new generation of fans as the voice of Discord on My LIttle Pony: Friendship Is Magic. de Lancie will be the star voice in the 4th annual Live Cartoon, a muiltimedia presentation that combines locally-produced animation with live sound effects and actors. “The artwork blows away anything we’ve done in the past,” says Thordarson.

Another notable guest is Chance Raspberry, son of Memphis musician Larry Raspberry. “He’s a lead animator for The Simpsons," says Thordarson. "You can get yourself drawn as a Simpsons character.”

Raspberry, who used art therapy to overcome Tourette's syndrome, will give a sneak preview of his new animated series Little Billy, which features a lead character who is a special needs child. “He did it in the style of the 80s," Thordarson says. "The art is in the line of Animaniacs.”

The panels will include Memphis filmmaking legend Mike McCarthy, who will give a Saturday afternoon presentation on How To Kickstart Your Low-Budget Sci Fi Movie, and premiere episode 2 of his upcoming space opera series Waif.

Saturday night will see the epic costume contest, where cosplayers from around the Mid South will strut their stuff for prizes and bragging rights throughout the galaxy.

There will also be round-the-clock Dungeons and Dragons and other role playing and tabletop gaming sessions for the geek with itchy dice hands. For more information, including a full, detailed schedule of events, go to the Memphis Comic And Fantasy Convention website. 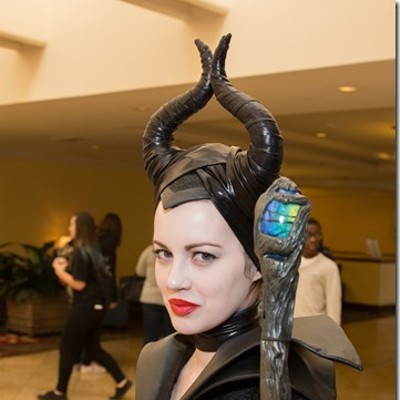