Memphis Could Learn From Glasgow’s “Miracle”

The alarm blares and the baggage carousel starts moving. It is Friday, opening night of the Beale Street Music Festival, and my fellow passengers from the Toronto flight chat excitedly of heading straight downtown to catch the action. Me, I'm just happy to be back home.

I've just returned from Glasgow, Scotland, after experiencing a cultural extravaganza of a different kind: the Glasgow International. This 18-day feast of contemporary art brings together 270 artists taking part in 80-plus events in 80 different venues and attracts visitors from around the world to see a plethora of boundary-pushing works.

This high-profile biennial is just one facet of the sprawling creative landscape that has helped transform the Scottish city. And with Memphis currently at something of a cultural crossroads, I keep asking myself what lessons we can learn.

Since the 1990s, Glasgow has been a major European hub for contemporary art, a timescale that encompassed the so-called Glasgow Miracle, the transformation of the city from a struggling industrial backwater into an international cultural powerhouse.

Unemployment has fallen significantly, and vacant and run-down buildings have become galleries and studios housing creatives from every artform.

Greater Glasgow's population is similar to that of Memphis. Creative industries now represent a larger sector than life sciences, employing more people than the energy sector. In real terms, they contribute £4.6 billion to the Scottish economy.

The creative and economic boost for Glasgow cannot be underestimated. Young artists, musicians, and writers come from all over the world, increasing tourism and growing a wider cultural economy and bringing business to bars, restaurants, clubs, and hotels. Glasgow is a destination that woos young creatives with its comparatively cheap rental property prices. The people are charming, and being a small, cozy city — like Memphis — gives it many advantages over the likes of London. Glasgow's DIY work ethic and cultural transformation have put it on the world stage. 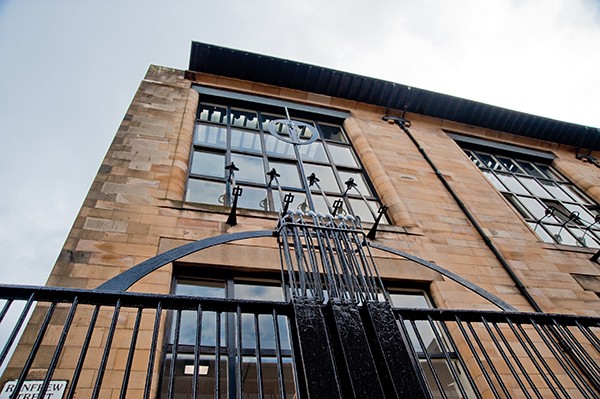 The Glasgow School of Art (GSA) — alma mater of the architect that so defines Glasgow, Charles Rennie Mackintosh — has been central to this recent transformation, just as it has been at the heart of the city's cultural landscape for 150 years. It is one of the highest-ranking post-graduate visual art schools in the world, and its MFA program is what brought me to the city in the first place.

As well as world-renowned artists — including five winners and 30 percent of the nominees of the prestigious Turner Prize in recent years — the school is just as well known for the musicians and bands that have attended, including Belle and Sebastian, Franz Ferdinand, and the Vaselines, Nirvana's favorite band. Interestingly, all were influenced by our own Big Star. GSA continues to play a pivotal role across the city's arts scene.

And yet Memphis is about to lose its own art school, the Memphis College of Art, which has played a similarly important role in our city's cultural life.

Earlier this year, I corresponded with the director of GSA, Tom Inns, about the current situation at MCA, specifically his approach to fund-raising. He said that when looking for funding and support he always emphasizes the importance of the arts in building the economy, as well as growing the wider collective narrative of Glasgow. One question he asked hit me hard: "How can you possibly be a global city if you don't have an art school? Wherever I travel, particularly to rapidly developing dynamic economies like China or South East Asian countries, cities are trying to establish art schools, not close them."

I don't have an answer for his question. But I'll ask it of all Memphians in a different way: How can we maintain our respect and influence in the world while losing a vital part of our city's history and culture?

The city's art school is set to close, yet Memphis has three art districts that MCA helped create and maintain. The school's legacy and impact have been intertwined with the music the city has been so famous for making for more than 70 years. We need to ask ourselves what the future will hold without one of our cultural pillars — and whether we are truly prepared to let MCA fade away. And if so, why?

Why allow this legacy of art and culture to be covered up like the recent covering up of the new murals painted around town? Why are we downgrading the global status of our city?

I don't know that saving Memphis College of Art will give Memphis a Glasgow Miracle. What I do know is that it is less likely that something miraculous will happen without it.

Sabe Lewellyn is a conceptual artist based in Memphis and Glasgow.