Some Memphis evangelicals say keeping Syrian refugees out of Tennessee goes against the Bible, but Nashville lawmakers met this week to see how it jives with state law.

A group local evangelicals and immigration leaders met in Memphis last week and agreed that Christians should embrace all refugees and immigrants as they are "human beings made in the image of God and are all loved and valued by God" and that "you should love your neighbor as you love yourself."

But state lawmakers sought a finer point on the matter, meeting this week in Nashville to review the policies, logistics, safety, and more questions that surround the Syrian refugee settlement. 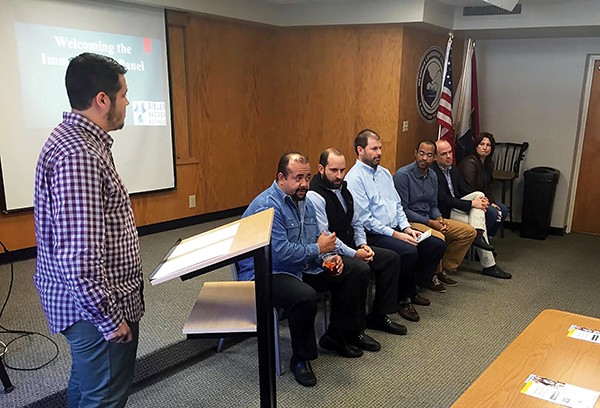 Conversations about refugee settlement in the state rose in the wake of the November terrorist attack in Paris and President Barack Obama's call to settle 10,000 Syrian refugees in the United States. Governors of many states, including Tennessee, said they wanted to pause Syrian refugee placement in their states.

"We as a state must do everything we can to provide Tennesseans the safe environment to live, work, and raise a family that so many across the world seek," Tennessee Governor Bill Haslam said in a statement at the time.

Last month, three Democratic lawmakers asked Tennessee Attorney General (AG) Herbert H. Slatery III whether or not the state legislature or the governor could deny refugees entry here even if they'd passed background checks and been given refugee status by the federal government. They also asked if the state or governor could deny refugees settlement in Tennessee based solely on a refugee's country of origin or based solely on their religion.

Slatery summed up his opinion in a word: "No."

Doing so would violate the Constitution's supremacy clause, which says federal law is the supreme law of the land. The president determines how many refugees will be admitted to the U.S. each year, Slatery wrote. But he also pointed to a 2011 state law, called the "Refugee Absorptive Capacity Act," which could (with federal approval) stem the flow of refugees into a Tennessee community that cannot support them.

Still, lawmakers scheduled a Wednesday meeting to hear from members of the state AG's office, a fellow from conservative think tank The Heritage Foundation, representatives of the Tennessee Department of Safety and Homeland Security and the Tennessee National Guard, and the director of Catholic Charities of Tennessee, which oversees the state's refugee program.

But instead of threats from refugees, state officials should be more concerned about fried chicken, said Mauricio Calvo, executive director of Latino Memphis.

"More people die in the state of Tennessee from cholesterol than terrorism acts," Calvo said.

Calvo's statement came in a panel discussion last week at Memphis Leadership Foundation that brought together evangelical pastors and leaders who work with refugees and immigrants in Memphis.

Steve Moses, director of the refugee service nonprofit World Relief Memphis, said lawmakers have made the Syrian refugee situation a "security issue, not a Jesus issue."

"We're driven by fear and not by love," Moses said. "The world sees that. They're talking about us as well, how we're responding versus other countries ... that are taking in hundreds of thousands of people and telling them 'We will help you.'"