June 17, 2020
comment
Stephen Lee, one of this city's consummate jazz pianists, owes a lot to the great teachers he's had. Though he was self-taught when he first left Memphis to study at the University of Tennessee, Knoxville, another erstwhile Memphian who went on to great things in jazz piano, Donald Brown, joined the faculty during Lee's second year. From that point on, he was transformed.

So it's fitting that now, having returned to Memphis after years spent honing his chops in New York, one of Lee's primary concerns is running the Memphis Jazz Workshop (MJW), a program that teaches jazz theory, performance, and ensemble playing every Saturday at the Crosstown Concourse. Or rather, it's a program that used to do that, before the coronavirus. But Lee is so determined to see the nonprofit's mission through that he couldn't simply quit. In fact, it could be argued that the organization is more active than ever.

“It was a rough start,” he says. “We had scheduled a huge fundraiser at Lafayette's. But we just had to regroup. So we started virtual master classes, and now we're hosting this virtual summer camp in two weeks. We had to learn Zoom, and how to teach online. We've been having students transcribe solos, then they send that to us and we give them feedback. And we kept meeting every Wednesday. Not teaching, just seeing how they're doing. We were encouraging them to take this time and study, maybe look at colleges they want to attend. Don't just waste this time doing nothing.”

Many young players have continued lessons online with their individual teachers, but, as Lee sees it, that doesn't provide what they want most. “The kids like their private lessons, but they really like playing together in small combos. The creative, improvisation side of it, that's what they really like, man. We're trying to get more school band directors to introduce kids to jazz. It's better than it was. But Memphis is really a marching band town. And that becomes a recruitment issue, trying to get more kids involved. We've got to find a way to keep that going.”

Now MJW has taken the bull by the horns, forging ahead with the long-delayed fundraiser (to be virtually hosted from Hattiloo Theatre this Saturday) and organizing a series of virtual master classes with some renowned jazz artists as well. Over the next two weeks, the likes of Camille Thurman, Randy Brecker, Warren Wolf, Neal Caine, Bob Mintzer, and Nicholas Payton will hold court online every Monday, Wednesday, and Friday for any who care to listen and learn. 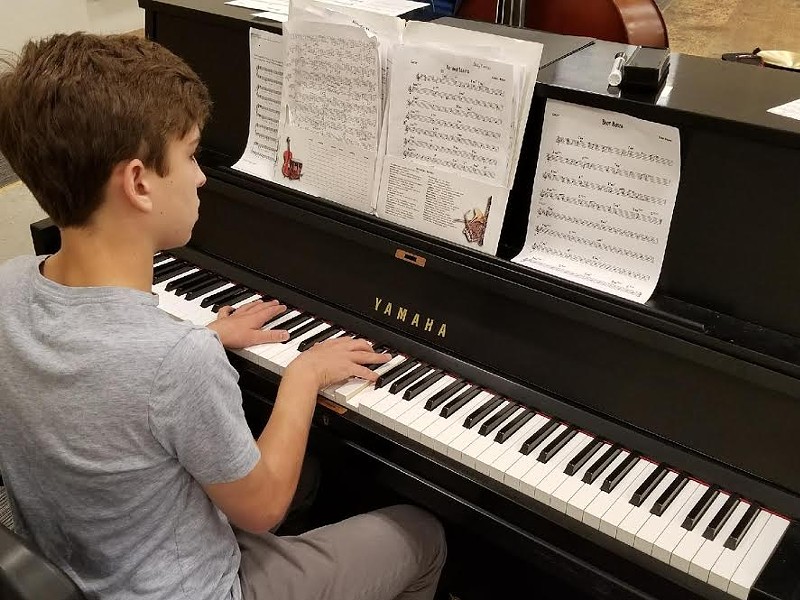 “It's open to the public and it's free,” says Lee of the MJW's Summer Camp Master Class Series. “So it's not just for kids. You don't even have to live in Memphis. You can get to know the artists, get their opinion on different things. And we have some great teachers. Some of them I know from New York, and some of them were in an online magazine I have, In Concert, which features a lot of jazz artists. We haven't done it for about two years, but we have around 15 issues online, with readers in over 130 countries. A lot of the artists giving the master classes were in the magazine.”

Still, Lee emphasizes that these jazz luminaries can't put in time for free. All of their fees were paid by MJW, most recently with some assistance from the Memphis Music Initiative. “The flip side of it is,” he says, “we always need donations. We would love to get people to sponsor these artists. But for now, the organization is footing the bill. And we can't forget the help we're getting from the Memphis Music Initiative, through mid-fall. They're sponsoring the workshops.

“And we're doing a fundraiser, "The Summer Set," this Saturday at the Hattiloo Theatre. That's online; everything will be virtual. Kids will be performing and giving some testimonies on Zoom. And the faculty will be performing at the Hattiloo, with me, Johnny Yancey, Gary Topper, Carl Caspersen, and James Sexton. It'll be a two-hour show, live on Facebook. It's our first time doing this, so hopefully it goes well.”

Looking at the big picture, Lee is philosophical about the lessons learned in these days of isolation. “We've never lived through a pandemic before, so it's new. You just have to get creative, man! I didn't want to let the kids down, so I just became creative. And now, even if we get back to Crosstown, I think we'll keep an online presence going.”