Phone home and tell everyone: Jaeden Lieberher may be the next Elliott.

There was a time when the mission of science fiction was to produce a "sense of wonder" in the audience. You can see this in the works of masters like Ray Bradbury, who was able to effortlessly translate the terror of the unknown into the joy of discovery. Arthur C. Clarke was at his best when creating stories of exploration where there was very little conflict between the humans who set themselves against the vast strangeness of the universe.

This kind of sci-fi, which became much rarer after the ascendence of Philip K. Dick's paranoid worldview, was reflected in some of the great films of the 20th century. In the hands of a master, like Stanley Kubrick in 2001: A Space Odyssey, or Steven Spielberg in Close Encounters of the Third Kind, film is the perfect medium for conjuring up secular religious awe. In lesser hands, the lack of overt conflict can get boring.

There's no shortage of conflict in Midnight Special, the new film from Jeff Nichols, the Little Rock writer/director, who is the brother of Memphis rock star Ben Nichols, lead singer of Lucero. Alton Meyer (Jaeden Lieberher) has been kidnapped by his father Roy (Michael Shannon), and they are on the run, with Lucas (Joel Edgerton) along for muscle. But it's soon apparent that this is no ordinary domestic conflict gone bad. Alton, who wears blue swim goggles, can't go out in the daytime, and avoids too much stimulation by obsessively reading comic books, is a willing accomplice in his kidnapping. And the people they're running from are a dangerous cult, whom we meet when the FBI raids their church service. They look like a fundamentalist Mormon or Mennonite congregation, but their scripture is a strange techno-gibberish that lead FBI investigator Paul Sevier (Adam Driver) reveals as classified satellite communications that were apparently intercepted by Alton's brain. 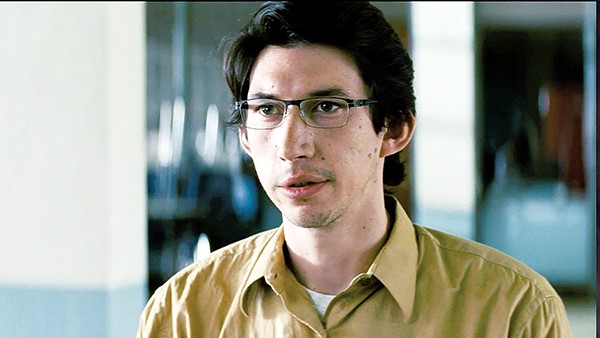 That's not the only weird thing Alton's brain can do. When he gets too stimulated or emotional, blinding light shoots out of his eyes, like the kids in the immortal, 1960 British horror film Village of the Damned. And, most importantly, for the cult that sprang up around him, he can induce ecstatic visions in other people during intense, mutual trances. But each supernatural experience drains Alton a little bit more, and it's clear from his pale, shaking frame that he can't take much more. Roy has studied Alton's revelations and, after reuniting him with his mother, Sarah (Kirsten Dunst), is determined to get the boy to a mysterious set of coordinates in three days, where they believe the boy's salvation is to be had.

Lieberher is a gifted child actor who wowed in his film premiere opposite Bill Murray in St. Vincent, and his otherworldly stare is at the heart of making Midnight Special believable. Nichols, who also wrote the film, is clearly riffing on Close Encounters and E.T., and for stretches of the film, he achieves the tricky tone of sci-fi wonder, thanks mostly to his well-designed shot choices and spare but effective special effects. But Spielberg's classics also had flashes of humor and an undercurrent of raw-edged family drama. Midnight Special has one, slack-jawed gear. Dunst, Edgerton, and the evil cultists all carry the same glazed, far-away look on their faces for most of the film. Worst of all is Shannon, who appears to be reprising his role as General Zod's corpse in Batman v Superman. Driver is, once again, the best actor in the film, and Nichols gives him a little more room to be playful.

As demonstrated by the Syfy Channel's recent failed attempt to adapt Clarke's masterpiece Childhood's End into a miniseries, the "sense-of-wonder" stories are difficult to translate for our more cynical times. Midnight Special is uneven, but just successful enough to suggest that there's room in contemporary sci-fi for more positive, contemplative films.