Conventional wisdom about the November 2014 election is wrong.

A trouncing! A tsunami! A shellacking!

That's the conventional wisdom about last month's midterm elections. But it's wrong.

Yes, the GOP picked up 12 seats in the House and gained at least seven seats in the Senate, but calling that a shellacking requires closing your eyes to some really big numbers. 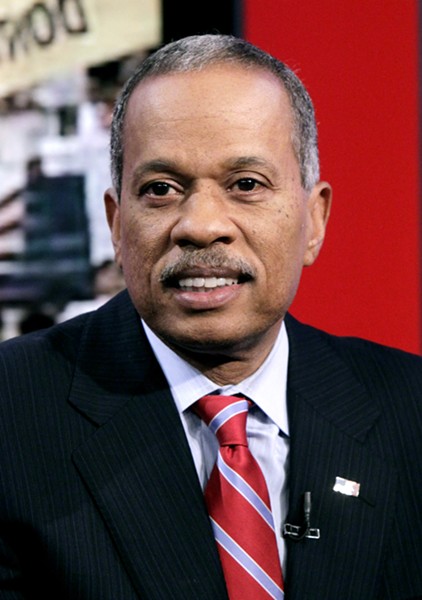 First, the average pickup for the opposition party in midterm elections that take place in the sixth year of a presidency is 29 seats in the House and six seats in the Senate. Second, 60 percent of voters told exit polls they were either "dissatisfied" with Republican leaders in Congress (37 percent) or "angry" with them (23 percent). Yet the lesson drawn by Republicans on Capitol Hill is that the midterm vote was a repudiation of President Obama.

Admittedly, the president's approval rating is on the low side, at 44 percent among last week's voters. But nearly half of the voters, 46 percent, said President Obama was "not a factor" in their vote.

The real message from the elections is that the public is turned off by the current state of our politics. Two-thirds of eligible voters did not go to the polls. Among those who did, exit surveys show a populist, angry vote against status quo politics. That vote is spearheaded by older, white men in red, mostly southern states won by Republican Mitt Romney in the 2012 presidential race.

Even some conservative commentators have warned Republicans that the GOP did not win the election so much as Democrats lost it; and that this was more an anti-status quo election than a pro-Republican one.

How can a Washington political class that is so distrusted by the American people get back on track?

At a White House press conference after the election, the president said the looming challenge is now "actually getting some good done." But he did not display any new ideas for dealing with the GOP.

Critics in the media like to say Obama needs to do more outreach to Republicans. The Republican leadership, however, has its hands tied by the far-right of the GOP and the talk-radio crowd. Making any deal with a president demonized by the GOP base is politically perilous for them.

The Republicans have had no agenda for the past six years except hating Obama. Even now they do not have a program for government. Mitch McConnell and John Boehner are saying they will formulate their policy plans over the next few weeks through op-ed articles and meetings with the president and fellow Republicans.

"The American people have spoken," McConnell said in a news conference after the election. "They've given us divided government. The question for both the president, and for the speaker and myself and our members is: 'What are you going to do with it?'''

There are some grounds for hope: First, Congress passes more bills when both Houses are under the control of one party and the opposing party has control of the White House.

Second, more Republicans and Democrats tell pollsters they want compromise so that bills get passed.

You might not guess from Limbaugh's bellicose tone that the GOP in the Senate still lacks the 60 votes to halt a filibuster and is miles from the 67 votes needed to override a presidential veto. Yet, despite that, Sen. Ted Cruz (R-Texas), a likely candidate for the Republican presidential nomination in 2016, is himself talking like a conservative radio host, demanding that the new GOP committee chairmen begin hearings on "the abuse of power, the executive abuse, the regulatory abuse, the lawlessness that sadly has pervaded this [Obama] administration."

You don't need a weatherman to know which way the wind blows. But my weather forecast for Capitol Hill predicts more partisanship and a steady blizzard of 2016 politics starting now.