Monuments and Memories: The Confederacy and Jim Crow

Sometimes there is an obvious synchronicity at work in human affairs. There certainly seemed to be something like that going on this week in relation to the question of monuments and memorials.

Mayor Mitch Landrieu of New Orleans took decisive action to dismantle and remove three Confederate-related statuaries from places of prominence in his city and promised to complete the task by removing three more in the immediate future. He made it clear that the time had come to stop glorifying such shrines of national disunion in much the same way that then South Carolina Governor and now UN Ambassador Nikki Haley did when she removed the Confederate flag from her state Capitol building in 2015. 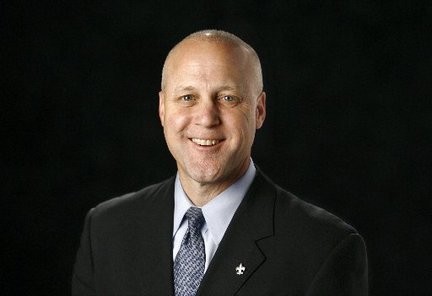 Haley's action was in response to the horrific murder of nine African-American church members by an addled racist who almost literally had wrapped himself in the Stars and Bars of the Confederacy. Landrieu expressed a similar motivation by referring to the creation of the Confederacy as an attempt to "tear this country apart." It was a blunt and arguably overdue reaction to lingering romantic fantasies regarding what was basically a last-ditch defense of human slavery. This is the same Mitch Landrieu, by the way, who in 2014 answered the inaugural "Summons to Memphis" issued by Memphis magazine, our sister publication, and came here to deliver an inspirational message about various new directions in urban policy. Clearly, he believes in leading by example.

So, it appears, do Memphians Howard and Beverly Robertson of Trust Marketing, who this week, at the National Civil Rights Museum, were to unveil a campaign on behalf of the Lynching Sites Project of Memphis, described in their press release as "a nonprofit Tennessee organization formed to locate and mark known lynching sites."

To be sure, we write this in advance of their scheduled press conference and cannot vouch for all the details of the Lynching Sites venture. As we see it, memorializing the places where such public horrors took place during the era of Jim Crow is akin to the concept of remembering the Holocaust at the various worldwide ceremonial sites that do so. And not much different from the memorials to Pearl Harbor or 9/11, for that matter.

Tragedies and misprisions of the past require our attention quite as much as do the heroics of history, real or imaginary, and it is hard to conceive of anything more directly counter to the pomp and self-deception of the numerous monuments to the Confederacy that remain.

How does that famous quote from George Santayana go? "Those who do not remember the past are condemned to repeat it."