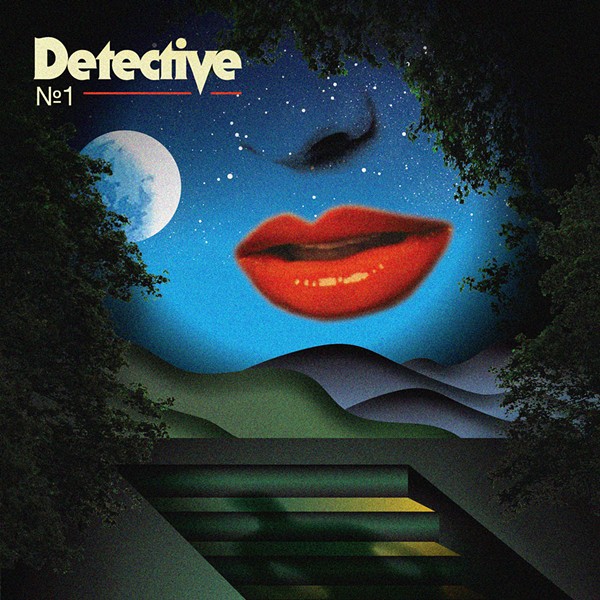 The Memphis-based, self-proclaimed “city music” band Dead Soldiers went into retirement in 2018 at about this time. Their official final shows were April 18 and 19, 2018, though they broke their hiatus for a special New Year’s Eve performance at a still-not-officially-open Black Lodge Video. So for fans of Dead Soldiers (and, for that matter, the Memphis Dawls, Snowglobe, Mighty Souls Brass Band, and sundry other Memphis purveyors of clean, catchy songs of various genres), it's exciting that former Dead Soldiers front man Michael Jasud, along with an impressive cast of local talent, is set to release an album of film-inspired instrumental music, Detective No. 1.

“I’ve always loved film, and I went to school to study film,” Jasud says by way of explanation for the seemingly sudden shift in genres. “So it seems like a natural confluence of my interests, to combine my love of film and my experience as a musician.” Jasud was also inspired by friends who work in other visual mediums — painters and sculptors, whose process isn’t about trying to capture the essence of a live performance and has nothing to do with lyrics or rhyme scheme. Jasud was drawn to the thingness of their work, and to the way the process influences the final product. So he decided to make some instrumental music. 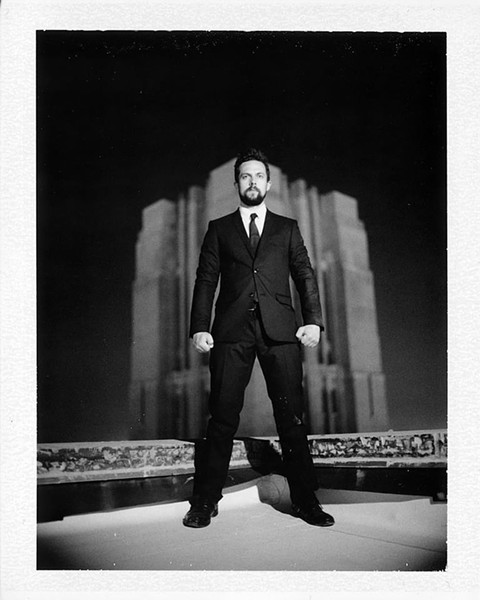 “It grew out of demos I’d done, and conversations I had with Toby [Vest, of High/Low Recording],” Jasud says. He and Vest had worked together before on Dead Soldiers recordings, and for close to a year, Detective No. 1 existed only in their conversations. “The more we worked on it, the more clear it became that it deserved more attention.”

With that in mind, Jasud and Vest started making moves. And, in keeping with the focus on films and by visual art, Jasud was determined that it would be collaborative. “We were more interested in finding the foundational ideas in the demos I had made and then building on those in real time.” He recruited Krista Wroten and Jana Meisner to arrange and record strings parts and vocal harmonies. “They were instrumental in the formation of this project and helping find the framework for these songs.” And as is fitting for an album inspired by other media, Detective No. 1 was going to need some smooth session players.

“We’re in Memphis. We’re surrounded by great studio musicians who will play for criminally cheap,” Jasud says, before introducing an all-star cast of characters: Paul Gilliam, Nathan Raab, Clay Qualls (all of Dead Soldiers fame), Danny Banks, Landon Moore, and the aforementioned Wroten, Meisner, and Vest, who played keys, guitar, and other instruments. Pete Matthews, also of High/Low, mixed the record. The idea was to recruit players who would bring their own interpretations. “We wanted the different players we were working with to have some freedom,” Jasud says. “Not so much that they were lost, but enough so that this horn sounds like his horn player, his style.”

So, equipped with a general direction, a year’s worth of conversations with one of Memphis’ talented multi-instrumentalists and producers, and a more-than-proficient group of performers, Jasud set up to make a record that would be, essentially, a film score for a non-existent film. “Instead of trying to orchestrate the process, let’s let the process guide us,” he says, embracing a spirit of discovery.

The result is sometimes exactly what you might expect, and sometimes utterly surprising. There are moments of Southern noire and of Memphis soul. With vocal harmonies, string sections, and horn lines, the players paint a picture that is, like the city that informed it, at times urban and at times rural. But there are also moments of dissonance, and occasional droning frequencies. Those surprises, though, never feel out of place, but rather serve to make Detective No. 1 feel like a shared hallucination made real. It would have been indelibly altered with a different crew.

Further extolling the artistic cross pollination that informed this record, Jasud adds, “One of the really cool things with this project was that I ended up working with Josh Breeden, who goes by St. Francis Elevator Ride,” Jasud says. “He did concept art for basically every song on the record.” And Breeden’s work emphasizes Jasud’s genre leanings and implied narratives, adding another layer to the multi-textured album.

Jasud has done his homework when it comes to film and film scores. The record owes much to the ’70s era of Stax Records (particularly the Shaft soundtrack), to Jasud’s career as a Dead Soldier, and to Angelo Badalamenti’s work on Twin Peaks. There are also synth shades of John Carpenter on display. And, like all good film scores, different themes are developed — and later reprised with variations. One could be forgiven for forgetting that the music isn’t helping to propel a specific narrative. Still, for all the attention paid to classic scoring tricks and tropes, the project never feels reductive, and as someone who has seen many of the players perform in different configurations, this listener can safely say the voices on display are authentic, and authentically the musicians’ own. But there are nods to classic film scores spanning different eras, with special attention paid to genre work, especially hardboiled crime genre. The end result is something familiar but all its own, with drama, mystery, and allure up to its eyeballs.

Michael Jasud’s Detective No. 1 is available digitally on all platforms, Tuesday, April 23rd.