As a literary genre, the Western emerged around the same time film technology came of age. In the mid 1890s, as the Lumière brothers were working out the kinks in their cinématographe, American readers were thrilling to tales of Buffalo Bill Cody's adventures as a cavalry scout. In 1902, Owen Wister wrote The Virginian, probably still the greatest Western novel, codifying the cowboy as a laconic man of few words and decisive action who lives by his own code of ethics in a lawless land. The next year, The Great Train Robbery became the first real action film blockbuster. 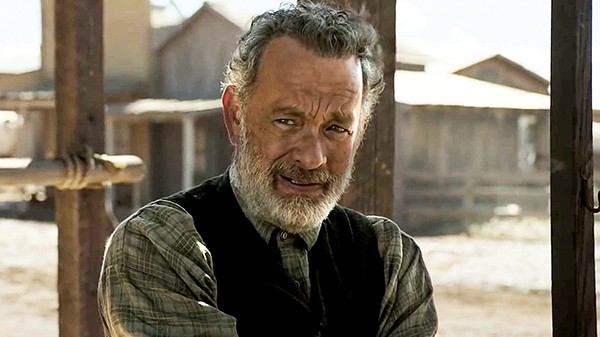 If there's one thing film producers have always been good at, it's copying money-making properties. American audiences had proved they were mad for horseback chases, broad-brimmed hats, and six-shooters, and that's what they got. By the end of the silent era, the "horse opera" dominated the box office. The Western splintered into dozens of sub-genres. Gene Autry sang songs as he battled rustlers, Apaches, and, in 1935's The Phantom Empire, atomic robots from beneath the hollow earth. By the time John Ford increased the scope to epic and introduced John Wayne in 1939's Stagecoach, he had been directing Westerns for 15 years.

The Western's influence spread globally. In Japan, Akira Kurosawa translated Ford's basic techniques of filming action and building suspense to tell stories from his country's history. When Seven Samurai was remade as The Magnificent Seven, it translated seamlessly to the frontier. Italian director Sergio Leone perfected the art of feeding American culture back to us by transforming Kurosawa's Yojimbo into A Fistful of Dollars, making Clint Eastwood a movie star. The Western waned in the 1970s as science-fiction took over as the dominant genre — but not before directors like George Lucas had strip-mined it for gags.

Nowadays, Westerns are a hard sell, mostly because the game of cowboys and Indians now looks like cosplaying genocide. But the imprint of the Western is everywhere. What are Paul Walker and Vin Diesel in The Fast and the Furious but a lawman and rustler in street racer drag? The Mandalorian freely recycles plots from Have Gun - Will Travel, only in space. So it's rare to see a pure Western like News of the World succeed on its own terms.

Tom Hanks stars as Captain Jefferson Kidd who ekes out a living roaming the wilds of 1870 Texas by reading newspapers and Eastern magazines to marginally literate cowpokes for a dime a pop. While leaving Wichita Falls, he encounters an overturned wagon on the road. He follows a blood trail to find a hanged Black man with a white supremacist message tacked to his body. Hiding in the woods nearby is a young white girl dressed in Native American clothing. Johanna (Helena Zengel) speaks no English. She was taken as an infant by the Kiowa and raised as one of their own until her tribe was wiped out by a U.S. Cavalry raid. According to papers he finds in the wreckage, she was being taken to her surviving family, an aunt and uncle who live 400 miles to the south. The rootless captain is instructed by occupying Union soldiers to help her complete the journey — despite the fact that, as he says, "I do not have a clue as to the keeping of a child."

Director Paul Greengrass takes the opportunity of this episodic road movie to quote from some classics. Their entry into the dusty streets of Dallas amid a crushing herd of cattle echoes Montgomery Clift's arrival at Abilene in Red River. Most significantly, the kidnapped white girl embracing her Native American captors' identity comes straight from Natalie Wood in The Searchers. Captain Kidd is, like John Wayne's Ethan, a defeated Confederate veteran. But where Ethan is a racist maniac determined to kill his niece to preserve the family honor, Captain Kidd is a broken man who finds solace in sharing the written word. He wants more than anything to connect with Johanna, to pull the "orphan twice over" out of her shell and help her reconnect with the world.

News of the World does not flinch at the horrors of the American frontier. Ulysses S. Grant's name draws boos from a crowd when Kidd reads about the 13th Amendment. The first danger Kidd defends Johanna from is a group of men who want to buy her for sex slavery. In the film's most memorable set piece, Kidd foments a rebellion against a white supremacist warlord named Mr. Farley (Thomas Francis Murphy).

Hanks is, predictably, magnificent as Kidd, but the big discovery here is 12-year-old Zengel, a German TV actress who doesn't have to fake not speaking English. Between her mostly wordless performance and Hanks' brooding mug, News of the World proves there's a little life left in the horse opera yet.

News of the World is now playing at multiple locations and streaming on demand online.