Every week, Jerry Wilson Jr. would go to Fino's from the Hill for his fix and to mention to the owner, Joanne Johnson, his business plan for her — to open a location out East.

And every week, Johnson's — maiden name Finocchiarro, hence the name Fino's, pronounced "Fihnnoh's" — response was a firm no.

For almost a decade.

Until one day she caught Wilson off guard and offered to sell him the business.

"I was like, 'What? Really?'" Wilson says. "She was 62 years old and had a new grandkid, and she wanted to play with her grandkid."

So on November 3, 2009, Wilson walked into the eatery on Madison not as a customer but as the owner, and he began to work on that longtime running joke about expanding eastward.

"I had a five-year payoff for my loan, and I knew I probably had no chance to do it before the five years from a cash-flow standpoint," he says. "I would mention it to my employees, and they would roll their eyes."

Eventually, Wilson could call himself debt-free — for 20 days, because sometime in there he saw a building for sale on Brookhaven Circle, nestled between Hog & Hominy and Brookhaven Pub & Grill, and knew his opportunity had arrived.

After months of measuring, drawing up design plans, and negotiating with the bank, Wilson is happily in debt again, and he no longer has anyone telling him no nor rolling their eyes at him. 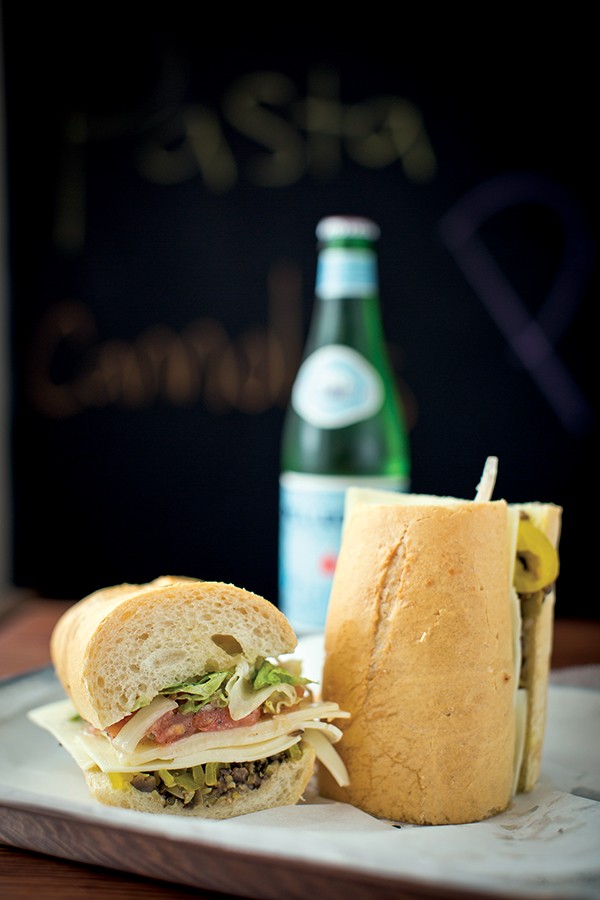 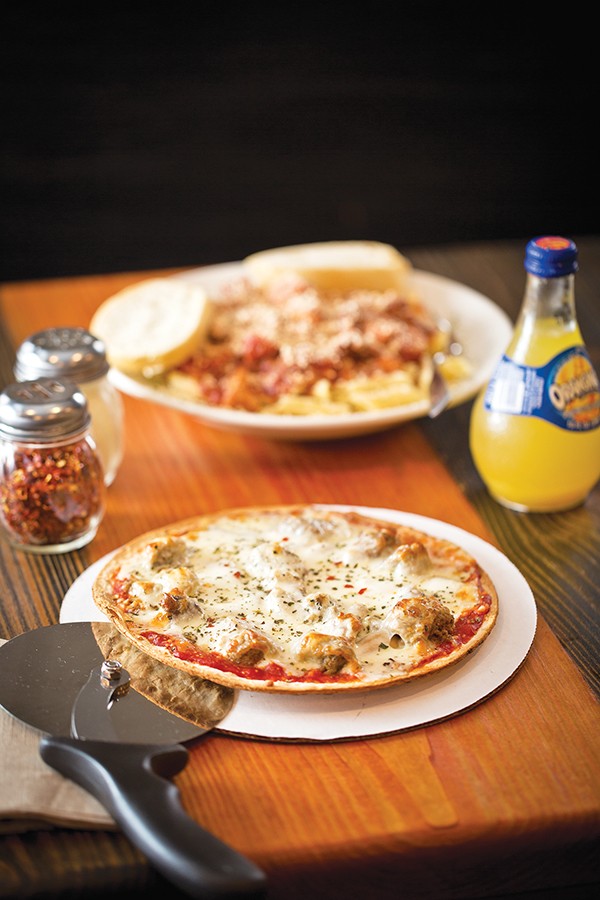 The new location seats close to 100 and offers the same addictive menu, with its sandwiches that use fresh baguettes made from La Baguette, its homemade olive tapenade, and its tomato and onion dressing. The only difference is that the East location offers the favorite chickpea salad as a side and a cup of soup as an option.

Wilson hopes to reconfigure the smaller kitchen in Midtown so that he can offer those choices at the original location as well, and he plans on discontinuing the Italian grocery items that inspired the opening of the business in the first place.

"Joanne's grandparents were from Sicily, and she lived in St. Louis on the Hill. When she moved to Memphis, she had nowhere to buy authentic Italian groceries, so she started Fino's Italian Grocery and Deli 20 years ago," Wilson says. "She started doing prepared foods, and that morphed into a deli, and we now have simple food that's fast, inexpensive, and quality."

For the past 13 years Mike Wiggins has been driving the streets of Memphis, minding his own business, and been pulled over by other drivers, not because of road rage, but because they wanted to know if they were ever going to taste those special yeast rolls again.

"This one guy pulled me over, and I thought my truck was on fire. He told me he used to come in Buntyn Restaurant, and he loved our rolls and wanted to know if we were ever going to reopen," Wiggins says.

He decided to move the restaurant in 2001 just before September 11th, and he was never able to recover from the financial hit. So he closed the doors in 2002 and worked on paying off his debt.

By 2013 he was debt-free again, and he kept his eyes and ears open for an opportunity to be able to answer his fellow commuters when they interrupted his driving with an appeasing yes.

What he found was a former deli in the iBank building at 5050 Poplar which he now calls Buntyn Corner Cafe.

"I renamed it to make people think before they walked in the door that it's different," Wiggins says. "So that when they say, 'Give me your old fried chicken,' they don't get mad because I don't have it."

The new location is smaller, seating close to 30, and doesn't allow space for fryers. The other staples such as chicken and dressing, daily specials, the beef and vegetable soup, cobbler, banana pudding, and, most importantly, those yeast rolls make up for what's missing.

Since opening his doors in early November, Wiggins has seen close to 3,000 customers come through his doors, including Memphis' resident king, Jerry Lawler, and well-known restaurateurs.

He's kept much of the old decor, with photos dating back to the '40s, the old Buntyn Restaurant sign, and a couple of mementos, including a chair decorated with a Rufus Thomas "Funky Chicken" theme.

"He used to do the Funky Chicken before he sat down," Wiggins says.

"It's small, but it's a lot of fun," he says. "I've always worked in the restaurant, even for my grandfather. I worked 11 years to pay off my debt so that I could find something and reopen."

Buntyn's hours are Monday through Friday, 7 a.m. to 2 p.m., serving breakfast and lunch.