Too many white people are detached from earthly reality.

I can't pay no doctor bill.

(but Whitey's on the moon)

(while Whitey's on the moon)

('cause Whitey's on the moon)

No hot water, no toilets, no lights.

(but Whitey's on the moon)

Imagine pledging allegiance to a nation that would rather you not exist, would gladly deny you the rights that you have earned for yourself 20 times over. Imagine being forced to watch from your hovels and tenements as the machine of progress trampled over any hope you had of an equitable future. Imagine being a citizen of a country or state or city that prioritized the feelings of some of its citizens over the realities of its majority. Imagine living in a "land of the free" that elected a national leader whose driving purpose seems to be to strip away the limited freedoms that exist for people unlike him and his family, all while fattening his pockets off the blood of the land. Imagine that this "land of the free" replicates these types of leaders at almost every level.

Gil Scott-Heron's 1970 poem "Whitey on the Moon" was a symbolic questioning of American achievement in the face of the social crises listed above. At the time he wrote this poem, our country's goal was to win the Space Race, in part to establish our military supremacy and deflect any threats against our nation's greatness. We funneled billions of taxpayer dollars, thousands of hours of labor, and tons of resources toward low-orbit supremacy, an undertaking that ran side-by-side with anti-racist, anti-poverty social movements. Civil rights movement leaders and poor black people alike wondered how America could devote so much time and effort to sending astronauts to space but not make any attempt to do right by oppressed populations.

Well, the answer is simple. Whitey's always been on the moon.

When I say this, I don't mean that American whites are actually on the moon. I mean that they are detached from earthly reality, and every bit of progress or protest by nonwhites shoves them further into space, where logic doesn't exist. This is especially true now, when the halls of power are populated by white men who feel comfortable pandering to the most bigoted of populations and creating policy that reflects their oppressive beliefs. For too long in America, too many white Americans have believed that white people are the vanguards of progress, technological information, culture, and freedom. Only the moon-addled can look at our world and continue to think like this. 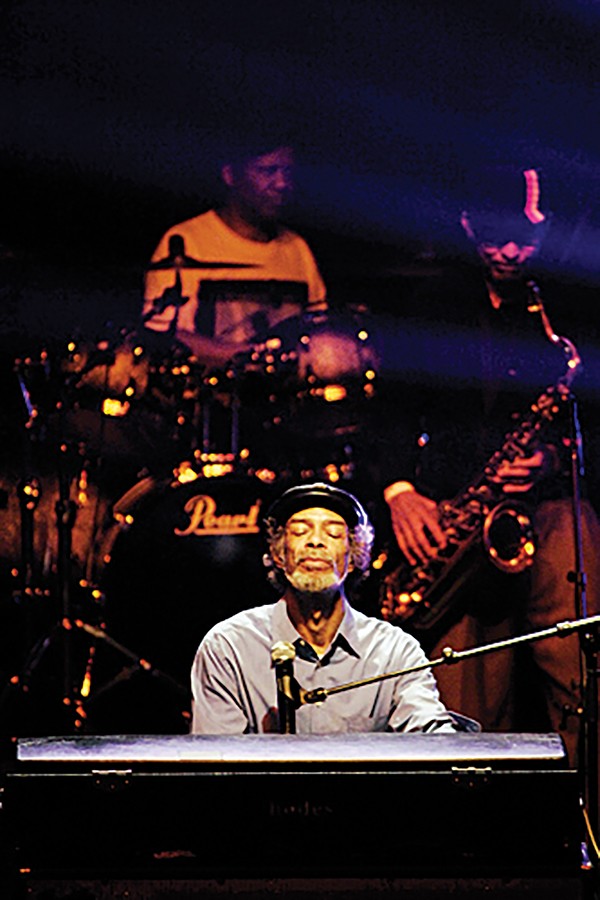 The number of white nationalist hate groups has spiked since November. The vast majority of hate crimes are now perpetrated against non-whites, immigrants, religious minorities, and members of the LGBT community. Every day it seems like there's a video of a Muslim woman going to do her grocery shopping and being accosted by a soccer mom with the rage-flames of xenophobia in her eyes. People of color are being murdered by random, racist whites every other day in extremely violent ways. Bystanders and good samaritans are being slashed and stabbed by white men who armor themselves in the flag and see themselves as defenders of white American ideals. Corporations — many of them led by moon-addled white folks and enabled by white politicians — make it their policy to destroy access to wealth from workers, to keep them laboring and sick and fearful.

Other groups in this country — the groups who are often on the receiving end of white folks' moon-borne oppression — are made to feel like they are the problem with American culture. If they didn't practice their heathen religions, if they didn't have those weird cultural traditions, if they would just be white, then these problems with oppression wouldn't exist and everyone would be free.

What really sucks about this condition of white moon-blindness is that you're always prepared for it, but it can still catch you unawares even though it is innocuous, and any white person can simply decide to let it rip, leaving you either stuck wishing you had said the right thing, facing the judgmental stares of your peers, or even, sometimes, dead. And with one of the mooniest white men in the United States currently occupying the position of president, every moon-wild bigot in the country — and even some moon-wild non-bigots — will be in rare form. They'll be invading your neighborhoods and communities, getting you arrested and moving their friends into your grandparents' homes. They'll be following you around, yelling racial slurs at you, and then trying to kill you when you fight back. They'll be casually offensive toward you or pass laws to disenfranchise you or consume your culture until there's nothing left, but you'll be sure that you're the problem and not them.

Troy L. Wiggins is a Memphis writer whose work has appeared in the Memphis Noir anthology, Make Memphis magazine, and The Memphis Flyer.