Overton Park keeps an eye on the future in a pandemic present.

Overton Park has slowly opened up since the so-far height of the COVID-19 pandemic had its entrances barricaded and playgrounds closed. But even all that did not stop Memphians from seeking refuge there.

Park leaders said nearly 800,000 have entered the park since January and expect around a million will come by year's end. But that's what they expected in a typical year without an international emergency. 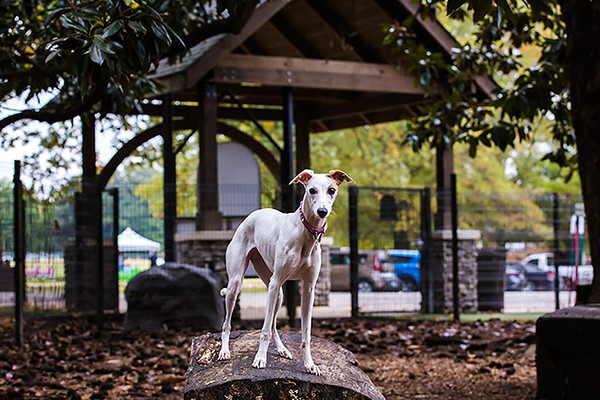 Through it all, leaders have still had eyes on the future of the park. An ongoing master plan process hopes to discover what park users want and deliver on those suggestions. It will be the first master plan for the park since the 1980s.

At press time, Melissa McMasters, director of communications with the Overton Park Conservancy (OPC), said her group was $500 away from triggering a matching grant from International Paper to cover the $15,000 project to reopen the park's playgrounds. — Toby Sells

Melissa McMasters: We realized [when we reopened the playgrounds] that they've been closed all summer. So we haven't really been doing tons of maintenance on them. It was time to get the new safety surfacing down and things had worn out. We had to repair the rope structure on the Rainbow Lake playground and pressure-wash the East Parkway playground.

Memphis Flyer: Where are you in the master planning process?

MM: A couple of years ago, we did the first phase of community engagement. We identified things that people might be interested in seeing at the park, like recreational opportunities, food service, and even the availability of water in the park.

We got some great input, but we want to go a bit deeper. So, we broke the park into five zones and decided we could first focus on the East Parkway side of the park. We haven't really done a lot of projects on that side of the park, and we should be getting 13 acres there that have been the [city of Memphis] General Services area since the 1930s.

The idea is to get some architectural drawings for that corner of the park, hopefully, by either late this year or very early next year.

MF: I know the park has been a refuge during the pandemic. Do you track the number of visitors?

MM: Coincidentally, we installed visitor counters in January. So, this is the first year that we'll have data. It would have been cool to benchmark against a "normal year." But we know we're above 800,000 so far this year.

We should hit 1 million visitors even in this pandemic year, even with the park having been closed to vehicles for a month. That was our estimate for a normal year.

MF: Did we leave anything out, or is there anything you want to add?

MM: We have volunteers who will be in the park in bright yellow shirts in the next few weeks. They'll be distantly chatting with park visitors to get some data on how they use the park, which will be part of the master planning process as well.

This interview was cut and condensed for length.