Party like it’s NYE with our guide to the get-down spots.

It's been 20 years since 1999 — and 37 years since Prince released his end-of-the-world party album 1999 in 1982 — but we're still going to party like it's the end of the decade. That's right, the "new" millennium is out of its difficult teen years and almost old enough to buy itself a drink or rent a car. Hopefully we've all gained some wisdom, but now's not the time for quiet reflection. It's time to par-tay! Here's our guide to some of Memphis' most happening events this New Year's Eve.

The 61st annual bowl game is perfect for those who want to celebrate without staying out too late. Navy vs. Kansas State. Liberty Bowl Memorial Stadium, Tuesday, December 31st, 2:45 p.m.

Say goodbye to 2019 amid Beale's 188 years of history with a party with live music, dancing, fireworks, food, drinks, and a giant mirror ball. No purchase necessary to attend, but remember, Beale Street is 21+ after dark. Beale Street, Tuesday, December 31st, 5 p.m.

A night of decadence, desire, and debauchery promises to descend upon revelers at the newly reopened Black Lodge, with performances by Model Zero, Glorious Abhor, Louise Page, and Memphis' most aristocratic rappers, Lord T. & Eloise. There will also be aerial and dance performances from Poleuminati and a light show from Queen Bea Arthur. Dance, dance, dance among the DVDs! Black Lodge, Tuesday, December 31st, 9 p.m. $20. 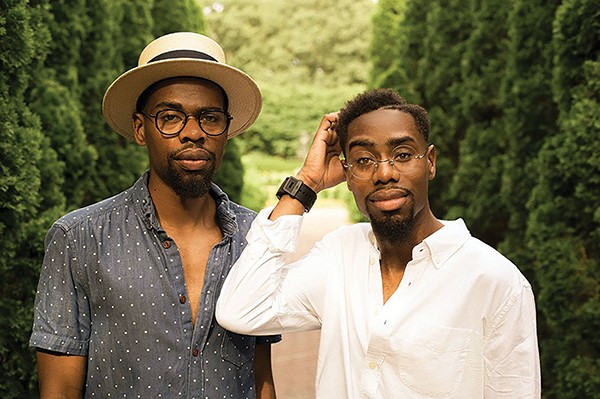 Kortland Whalum, Talibah Safiya, and The PRVLG will perform, and comedian P.A. Bomani will deliver the end-of-year chuckles. Admission includes a flute of champagne and party favors, and the FunkSoul Cafe will be open, as well. Hattiloo Theatre, Tuesday, December 31st, 9 p.m.

Party like a king — or at least where the king of rock-and-roll used to party. Experience the "wonder of New" Year's with this dinner and dance party at Elvis' old stomping grounds. Roby Haynes and Party Plant perform, and admission includes a buffet dinner and midnight champagne toast. The Guest House at Graceland, Tuesday, December 31st, 7 p.m. $125.

Ring in the new year in style at the South's grand hotel. With music by Almost Famous, Seeing Red, and DJ Epic and a VIP section that includes party favors, hors d'oeuvres, and unlimited champagne, this party will help revelers set a sophisticated tone for the new year. The Peabody, Tuesday, December 31st, 8 p.m. $40-$175.

This honky tonkin' hootenanny is the Hernando's Hide-A-Way way of ringing in the new year and a new decade. With a champagne toast, black-eyed peas, and cornbread to get the year started off on the right cowboy boot. Hernando's Hide-A-Way, Tuesday, December 31st, 9 p.m.

The Young Avenue Deli has a brand-new sound system, and there's no better way to test it out than with a rockin', raucous band. Ring in 2020 with Memphis' most theatrical psychedelic party band. Champagne toast at midnight.

Railgarten is Midtown's backyard, so it's only right that they should invite local legends Star & Micey to help sing in the new year. For those who "Can't Wait" for 2020, don't try to Get 'Em Next Time — get to this party this year. Daykisser opens. Railgarten, Tuesday, December 31st, 9:30 p.m.

Celebrate the new year in nature. Ranger Gooch leads this lantern-lit, two-mile hike through the woods. S'mores and hot chocolate or hot apple cider await attendees at the end of the hike. Remember to dress for the weather, and please leave flame-lit lanterns at home. Meeman-Shelby Forest State Park, Tuesday, December 31st, 11:30 p.m. $5.

Maybe the best way to ensure you don't get the blues in 2020 is to ring in the new year by dancing to the blues at B.B. King's. Tickets include open wine and beer bar, midnight champagne toast, and hors d'oeuvres. B.B. King's Blues Club, Tuesday, December 31st, 6 p.m. $25 (general admission), $100 (dinner package).

Another early-night option, Crosstown Brewing's New Year's shindig includes music by Graham Winchester, dinner catered by Next Door American Eatery, and the debut of I Am Brut — a Brut IPA for those non-champagne drinkers out there. Crosstown Brewing Company, Tuesday, December 31st, 6:30-9:30 p.m.

Okay, so the family-friendly holidays are over. The little turkeys and reindeer have all been put to bed before midnight, and the adults will play. It's time to get down and dirty and let the new year come in hot and heavy. Party with a balloon drop, dance and drink specials, and a complimentary champagne toast at midnight. Gold Club Memphis, Tuesday, December 31st, all night long.

New Year's Eve on the Terrace

Ring in the new year against the stunning backdrop of the Mississippi River and the colorful Mighty Lights bridge light show. What's more Memphis than that? Call 260-3366 for reservations. Terrace at the River Inn, Tuesday, December 31st, 4 p.m.

Remember the Y2K panic of 1999? The computers couldn't understand a new millennium. A nine becoming a zero was going to cause worldwide nuclear meltdown. Anyway, let's relive that end-of-year mass hysteria — with drinks and dancing! Celebrating the 20th anniversary of Y2K with end-of-the-world drink specials, DJs spinning tunes, and dancing throughout the night. Rec Room, Tuesday, December 31st, 8 p.m.