An “imitiation of life” becomes reality — in reverse.

Imitation of Life is a movie that emotionally connects my late mother and my wife — who never had the pleasure of meeting each other. When it was — or is — on television, they both shed a trail of tears, every time. 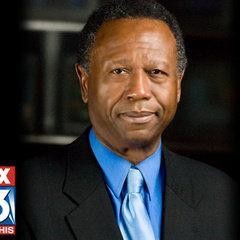 The 1959 film is a weeper of a melodrama in which a "mulatto" child embraces the idea of "passing for white" in order to seek a better life than the one led by her black mother, Annie, a maid.

Susan Kohner, a Caucasian, gave the Oscar-nominated performance of her career, portraying the soulless and opportunistic Sara Jane, who is hell-bent on disowning her mother's black heritage in order to steal her white best friend's unwitting boyfriend.

In the end, when her mother dies, Sara Jane's cold heart is melted and she stages a tear-jerking meltdown at the funeral, throwing herself on her mother's casket. Despite her histrionics at movie's end, it never seems enough to offset the heartbreaking moment earlier in the film, when she tells her distraught mother, "If we should ever pass in the street, please don't recognize me."

While critically panned at the time of its debut, Imitation of Life touched a chord in the black community. For decades, "passing for white" was a whispered rite of passage for some of those who passed the "lighter than a brown paper bag" skin test, regarded as the minimum standard for attempting the racial transformation.

And, oddly, there have been a few recorded cases of people going in the opposite direction. Another earnestly produced but woefully executed film was Black Like Me, the quickly forgotten 1964 adaption of author John Howard Griffin's experience as a minstrel-colored white man attempting to garner insight into racial prejudices. Years later, it was the subject of a memorable and hilarious Saturday Night Live skit performed by comedian Eddie Murphy.

Now, 30 years after Murphy's biting satire, the "black like me" pretense appears to be at the heart of the controversy over the racial identity of Spokane, Washington, NAACP leader, Rachel Dolezal. In a message to her organization, the 37-year-old woman said she planned this week to address the furor created when her parents "outed her" as falsely portraying herself as black for years.

Dolezal, an artist and noted activist in the Spokane area, tried to rebut her white parents' claim that she is not black by birth. In a heavily covered news conference, Dolezal said, regarding her ethnicity, that "the question is not as easy as it seems."

What's not easy? Is it confronting the truth of your real heritage? I've read where Dolezal's parents said they served as foster parents to four African-American children as their daughter grew up. In a unique situation like that, I can see where it's possible the desire to assimilate might happen. And I can imagine Dolezal's artistic and activist spirit might lead her to take up causes that would lead to her becoming a member of an organization such as the NAACP, which once was seen as the primary engine for socio-economic change among African Americans.

However, if Dolezal had read or studied anything about the history of the NAACP, she would have known she had no reason to submerge her racial identity in order to be a member, or even a leader. In the heyday of the NAACP, its most influential work was accomplished through blacks and whites working together. From doctors to lawyers to movie stars, the NAACP accepted all the help and financial support it could garner, from every strata of society willing to give it. In Memphis, in recent years, NAACP leadership has become less diverse, more reactive than proactive, and appears to have lost touch with the frustrations and aspirations of young blacks. But that observation is fodder for another conversation.

As for Rachel Dolezal, I hope she can find the peace to resolve her inner conflict and discover who she truly is. She appears to be a woman of talent and drive and dedicated to the struggle for human equality. That gives her a leg up on many in this country. In the meantime, maybe she should check out some vintage Eddie Murphy.