Patrick’s: a perfect little gem of a watering hole.

Patrick's Neighborhood Bar & Patio has been a staple of the East Memphis bar and restaurant scene for over 25 years. Catering to families and late-night crowds alike, it features one of the city's most underrated patios, which was in full swing when I visited the bar recently. Also in full swing? The number of knick-knacks and stickers covering literally every single surface of the bar and walls. It feels like a more accessible Cracker Barrel, but my friend had a more accurate description. "It looks like the suspenders from Office Space. Full of flair." Between the patio, the bar inside, and the restaurant, Patrick's offers something for everybody that finds themselves in need of a solid neighborhood restaurant.

The flair extends to the massive menu. There are steaks! There are sandwiches! There is shrimp alfredo! There are burgers, sliders, and tacos! They offer a meat-and-two every day! But as usual, I'm not here for the meatloaf or fried okra or Cuban. I'm here because it's been a long week and I've earned myself a cold draft beer. 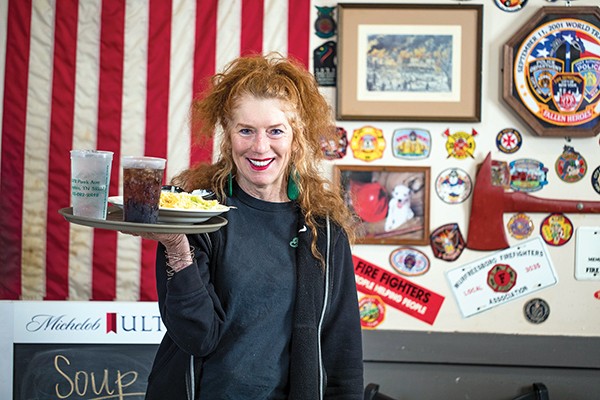 Patrick's is a bar full of regulars (a bunch of regulars that, apparently, have also had a long week and earned themselves a cold draft beer), which I appreciate because it means it's good enough and cheap enough for people to regularly return. While the restaurant area stays crowded with families, the bar is more of a beer-and-sports crowd, a perfect little gem of a watering hole hidden in a family-friendly restaurant. You can eat with the kids and then send them along while you kick back a couple Budweisers with someone's grandpa at the bar. Or you can relocate to the patio and hang out with the after-hours restaurant crowd who regularly meet up at Patrick's. It makes a great place to enjoy Memphis Italian Festival without actually having to go into Marquette Park and risk, well, whatever it is we risk when we go into a sprawling festival with alcohol and pasta. 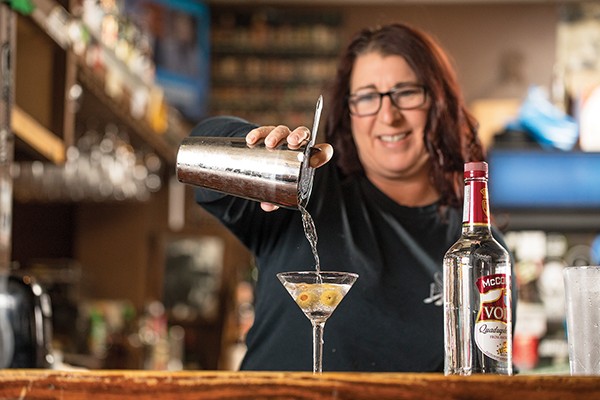 Speaking of risk-taking, Patrick's contains some items of flair that 100 percent open it up to much-deserved criticism. It's a Memphis bar, but they've managed to somehow stuff a handful of Kansas Jayhawks items into the bar area, which is a move bold enough to a) showcase a huge pair of balls and b) drive away some of the more loyal Tigers fans among us. How has the Kansas memorabilia survived these past few seasons? Is it bolted down? How many drunk dudes have tried to liberate that stuff from the bar and feed it to the dumpster out back? People never cease to surprise me. Sadly, the bartender couldn't offer any explanation (or the tearful apology I was hoping for).

When my friend went to the restroom, a man sitting nearby told me that he had been coming to Patrick's for 40 years, which I find curious as it is not that old, but maybe that's the testament to how heavy the drinks are poured. The right amount of whiskey would make math hard for anyone. He also couldn't tell me the origin of the Kansas gear; he simply shrugged and said that maybe it's because the Tigers' colors are blue, too. Someone come and get your uncle!

Patrick's might seem, at first, to be a bar without much identity owing to its desire to try to cater to everybody, but a look around the place will clear that up. If it appears that it tries to cater to everybody, it's because it does and it works. A group of college-age dudes was seated out on the patio getting out-drunk by a spirited group of octogenarians. A young couple sipped whiskey sours (if that isn't a throwback drink, I don't know what is) at the bar. A toddler tried to hold the door open for me. People of all ages converged upon Patrick's to enjoy what I hope is the start of another glorious Memphis patio season. The good news is that not only are we all welcome, there's plenty of room to squeeze a few more regulars in there.