City council members side with Whitehaven neighbors against dump proposal.

Citing "rats as big as cats" and a "horrendous stench," Whitehaven neighbors successfully urged Memphis City Council members to vote against a plan from a waste collection company last week.

Waste Connections wanted to reposition its 30-acre waste transfer site near Brooks Road, which sits right behind more than a dozen homes. It collects 900 tons of waste each day. The company said its proposal would have moved its operation further away from the residents and created a larger buffer zone.

Officials with Waste Connections said its proposal would have been better for the neighboring residents, but after more than an hour of debate, the council voted it down. 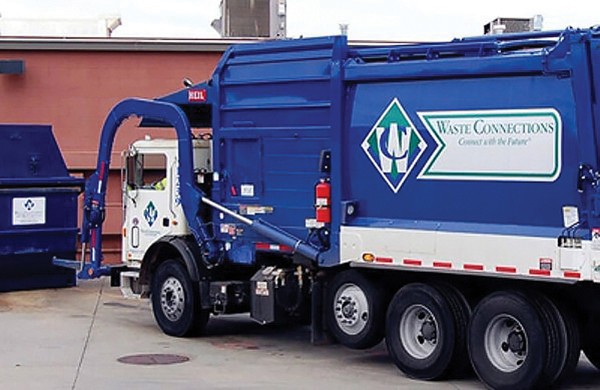 Rita Davis, who has lived in the neighborhood for 40 years, said she lives right behind the site and can't "tolerate it." She said there are "rats as big as cats jumping out at you" in her backyard. She also said a "horrendous stench" comes from the facility.

"We're tired, and we want you to listen to us," said Yvonne Nelson, another neighbor. "We live there. We live this. You came and visited for five minutes and you left."

But Adrian Bond, representing Waste Connections, said, "We've got fact versus fiction" and "improvement versus fears." The site has never been cited for violations by the Tennessee Department of Environment and Conservation, Memphis Public Works, the health and fire departments, or vector control. He said the rodents were coming from a nearby, vacant apartment building.

Bond said many of the concerns the neighbors expressed, such as proximity to the site and noise levels, would have been mitigated with the relocation. He said the company's operations are too confined and that in order to create a larger buffer zone between residents' houses and the site, the company needs to reposition its layout.

"The council has the opportunity to put things in place to ensure that these neighbors and Waste Connections can coexist," Bond said. "A no vote is a travesty because it doesn't address the issues."

But council chairman Kemp Conrad said, "You don't expand a house to take care of a house you currently have." Conrad said many of the items Waste Connections is proposing could have been done without council approval. He also questioned why there hasn't been any outreach with the community until recently.

"Had y'all been better neighbors until this point and there was trust between you all and the neighbors, I would think they probably would support what you're talking about doing," Conrad said. "You would have built the goodwill needed to get support for this project. You don't need our vote to do that, and if this fails, I hope you do it."

Councilman Worth Morgan, the sole member to vote for the proposal, said the case "makes the least amount of sense in terms of where the opposition is coming from."

"These are usually things the neighbors come together and argue for," Morgan said. "In my best judgment, this actually improves conditions in the neighborhood for y'all rather than a step backward or keeping them the same, which is what a no vote does."