Another battle over development on the riverfront looms.

Last week, Friends for Our Riverfront indicated its intention to fight the development of a new convention center hotel downtown, citing its location on land allocated by city cofounder John Overton as a public promenade.

Seeing only "public promenade," my reflex was to be outraged. Are we really going to start this up again, as Riverfront Funtime Season cranks up? Good grief. I remember the battle between the FfOR and the Riverfront Development Corporation over the promenade in 2004 that resulted in the Cossitt Library, the fire station, and the hideous parking garage at the corner of Front and Monroe being "saved."

I saw both sides, but ultimately, an ugly fire station is still useful. Though the riverwalk doesn't connect to the promenade because of the aforementioned buildings, the path along the bluffs and network of little parks is well utilized. Some of the city's best views originate along the riverwalk, where I spend many evenings jogging off workday stress. The proposed high-rises might have altered or even obstructed those views. This is different, though. A little history: In 1818, Andrew Jackson, in his post-War of 1812, pre-Trail of Tears era, negotiated a land deal with the Chickasaw tribe. For $300,000 (equivalent to about $5.5 million today) he and Isaac Shelby "convinced" the Chickasaw to relinquish their claim to west Tennessee and southwestern Kentucky to the United States. This was known as the Jackson Purchase. The next year, Jackson and two of his friends, James Winchester and John Overton, went in on a city together. That means we've got a big birthday coming up: May 22, 2019. Next time I feel like a screw-up, I'll remind myself Memphis is 200 years old and still doesn't have its life in order. The city's original survey had a public landing, four public squares — Auction, Exchange, Court, and Market — and a public promenade between the Chickasaw Bluff, what is now Front Street, Jackson, and Union. 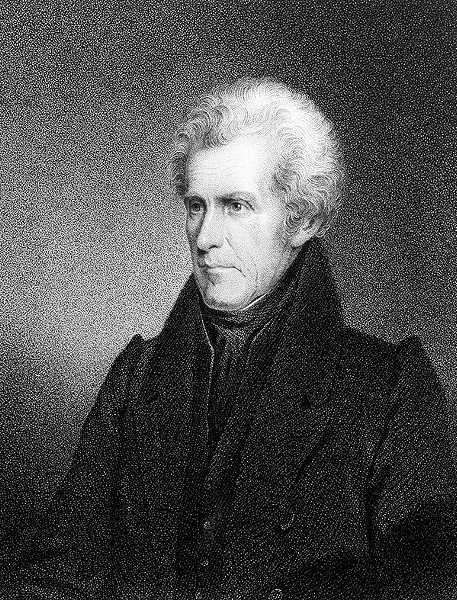 An argument can be made for protecting the city's original public spaces, until you realize the space in question is the derelict Mud Island parking deck currently occupying the land at Front and Poplar. Last year, Denver developer Bob Swerdling proposed the location for a new convention center hotel. For now, while Swerdling arranges private financing, the hotel is just an idea. Others are reported to have inquired about submitting plans, prompting the city to issue a request for qualifications (RFQ) for "consulting services including analysis of a proposed additional convention center hotel in downtown Memphis, and the feasibility of such a hotel being successful." The 16-page document is available at memphistn.gov.

Y'all almost got me all fired up to save a parking lot.

Mud Island is in disrepair and the north end of downtown is practically a ghost town, but I guess John Overton was just that passionate about preserving the view of the tangle of interstate ramps over the river that leads to West Memphis and beyond. Now, street lighting near the convention center is inadequate after dusk. Cars speeding off the I-40 ramp and poor visibility at garage exits create pedestrian hazards. If that's a "promenade," either Overton's vision was lost a long time ago, or I don't understand the definition of the word.

Though Winchester's son, Marcus, was the city's first mayor, none of the three founders lived in Memphis. Jackson, as anyone who spent their K-12 years in Tennessee can tell you, grew his fortune in cotton at The Hermitage. Overton, the Nashvillian who wrote the 1828 document outlining the promenade's parameters, was said to have owned more than 65,000 acres of land. The fact that Memphis was home to one of the country's biggest slave markets is not a coincidence. The city was founded so rich landowners could use the area's resources — cotton and the river — to get even richer.

So forgive me if I'm unmoved by the notion that 200 years later, their wishes should dictate the economic future of the city, particularly if they involve preserving that space in its ugly and dangerous state. I don't know how anyone who has seen the Convention Center in its current condition can dispute the need for an overhaul. Maintaining the city's character and ensuring citizens come first are essential, and there are valid reasons to be concerned about a massive project. This time, opponents will need a better reason than the promenade.

Jen Clarke is an unapologetic Memphis and a digital marketing specialist.