President Trump captured the headlines last week by announcing that the dead in Puerto Rico were, essentially, fake dead. It's a new and curious turn of events in the haphazardly choreographed collapse of our American democracy.

We all agree that Hurricane María engulfed the Island of Puerto Rico one year ago, in September of 2017, causing massive damage to the Caribbean Island. President Trump and Melania visited the island, and he famously tossed rolls of paper towels to Puerto Ricans as islanders, by the hundreds of thousands, contemplated a future without electricity or a roof over their heads. 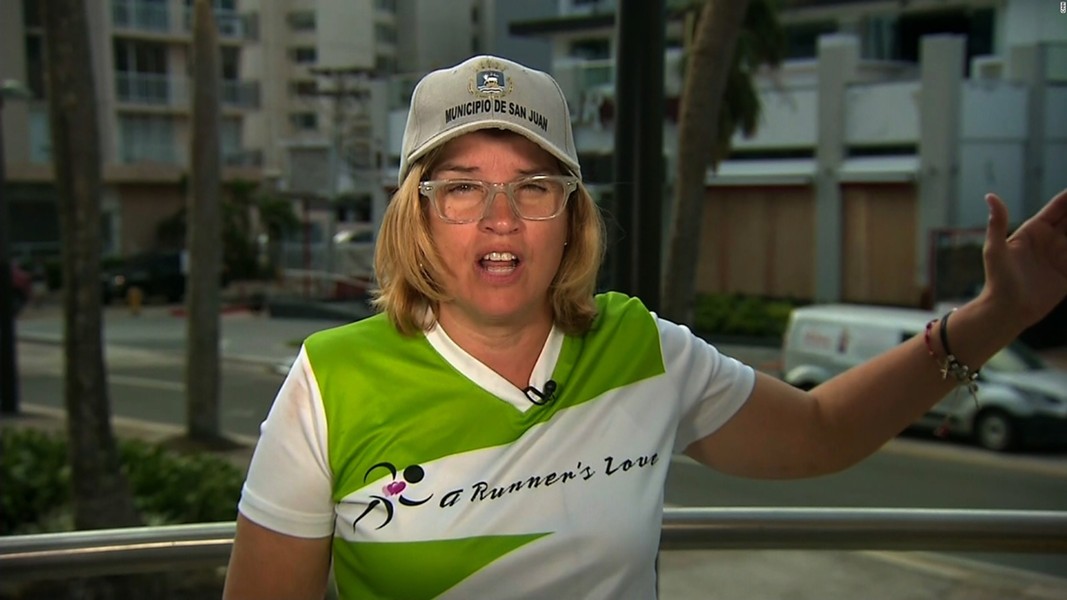 This was, essentially, Trump's "Heck of a Job, Brownie" hurricane moment. That comment, from George W. Bush in New Orleans immediately after Hurricane Katrina in 2005 did not end Bush's presidency, but it certainly made millions of Americans see in real time a totally out-of-touch and ineffective Republican administration working against the best interests of poor people marooned in the Crescent City.

President Bush never disputed the number of dead in Katrina. President Trump, representing the man who can't be contradicted or corrected, announced that the number of officially reported dead from the Puerto Rican Hurricane (2,975) must be a made-up figure. Who would make such a claim? Two possibilities come to mind: A petty, 19th-century Latin American dictator or a character in a Gabriel García Márquez novel.

Last Thursday, the president, while disputing the official death toll via a tweet, suggested the number was inflated by Democrats at home to make him look bad, but the essentially pro-Trump Governor of the Island Commonwealth accepted the 2,975 casualty figure. According to the President, inflating the numbers was simple, and not so scientific. He explained, "if a person died for any reason, like old age, just add them onto the list."

Researchers from George Washington University's Milken Institute of School of Public Health, in collaboration with researchers from the University of Puerto Rico, spent six months studying death certificates, visiting funeral homes and morgues to arrive at the official tally via a soundly designed study that few — if any — have found politically motivated.

As U.S. citizens, Puerto Ricans can fly or boat away from the island and traditionally, they found a home in New York City, but more recently, Puerto Ricans have been moving to Florida. In New York, during the 1960s and '70s Puerto Ricans were reliable Democratic voters. Their migration south (mainly to central Florida in recent years) reflects an aging, more prosperous community that has tended to vote more conservatively.

Perhaps as many as 400,000 people fled Puerto Rico post-María (about 6 percent of the island's population) and maybe 75,000 have decided to stay on the mainland, mostly in Florida. Thus, the extremely sad official response of the U.S. government to Puerto Rican suffering — summed up in rolls of tossed paper towels — means the swing state of Florida could swing blue in November. Puerto Ricans in Florida need only to register to vote, and then show up on Election Day.

Hurricanes can break an administration, which nearly happened to President Bush in New Orleans, or show an administration's determination to cast politics aside and bring aid to the stricken as occurred via the Obama/Christie collaboration after Super Storm Sandy slammed New Jersey/New York in 2012. Denying that the dead have died — a surreal, magical realist twist on an environmental catastrophe — is where we are with this administration: Sinking poll numbers suggest that the American people, on the mainland and on its islands, are starting to tire of the Trump magic.

Bryce Ashby is a Memphis-based attorney and board chair at Latino Memphis; Michael J. LaRosa is an associate professor of history at Rhodes College.