A boatload of GOP mourners tries to come to terms with the new electoral math.

On November 11th, a mere five days after the presidential election, the cruise ship Nieuw Amsterdam pushed off from Fort Lauderdale for a Caribbean jaunt. Aboard were nearly 600 emotionally tattered Republicans, most of whom had been expecting a Republican victory of Rovian proportions — surely they had all read Karl's prediction in The Wall Street Journal — and now were about to cruise 750 miles to nowhere, just like the party they so adored. The Nieuw Amsterdam was 86,000 tons of painful metaphor. 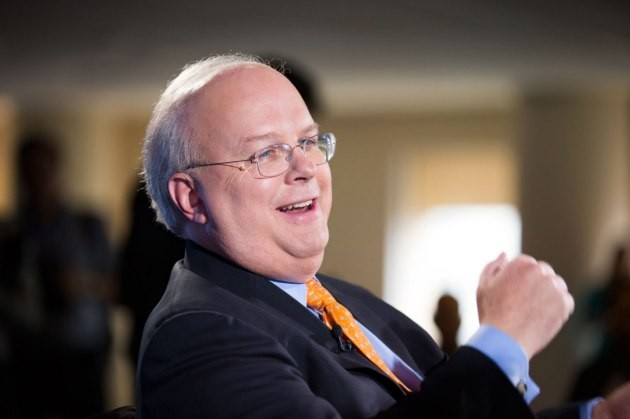 The cruise was sponsored by National Review, for years the most important and probably the most readable journal in all of American conservatism. As with other such magazine jaunts, a group of columnists and other well-known movement types get piped aboard so that along with the flambéed everything comes a dessert of political instruction, faux insider stuff, and the usual warnings that civilization (as we know it) is coming to an end.

The difference between this cruise and others like it was the (paying) presence of Joe Hagan, a writer for New York magazine. To his considerable credit, Hagan abstained from shooting these particular fish in their barrel and instead portrayed them as dismayed and somewhat disoriented refugees from an America that used to be. Not only had they been unprepared for Mitt Romney's loss, but it was dawning on them that their tribe — mostly affluent, elder whites — had lost the election as well as the demographic battle that had preceded it.

"Minorities came out like crazy," Kevin Hassett, a former Romney adviser, told them. "White people didn't get to the polls. There are far more African-Americans voting than they expected." Imagine!

Who "they" might be is not exactly clear. But what is clear is that to the cruising Republicans there is something weirdly topsy-turvy about minorities gaining the political clout they once held in perpetual trust. Suddenly, the GOP must entice them to vote Republican. Scott Rasmussen, the GOP pollster who thought better of Romney's chances than did the voters, put it this way: "You show them that you really care; you talk to them as grown-ups on a range of issues."

A menacing sense of foreboding permeates Hagan's article. The passengers both fear and hate Barack Obama. To them, he is the nightmare president — allegedly alien in outlook, morality, and economic approach. An economic cataclysm is imminent, and the nation has wandered into an icky swamp of immorality. "I'm afraid," a passenger told Hagan. "Write that. We're scared to death."

I chortle not. I was once a National Review subscriber, although never a conservative. In its infancy and for years afterward, the magazine was bursting with ideas. The writing was often fresh and engaging — Joan Didion, John Gregory Dunne, and Garry Wills were contributors — and liberalism, to which I also subscribed, was already showing signs of intellectual exhaustion.

Now, though, it is conservatism that is both intellectually exhausted and nearly indefensible. It is the movement of the ideologically ossified, of gun zealots and homophobes, of the immigrant-phobic and the adamantly selfish. It insists that government must be small (an impossibility), education must be local (a stupidity), and that debt, no matter what the reason, is immoral and reckless. The movement has lost its reliable monster. Godless communists have been replaced by the church ladies of Planned Parenthood. History giggles.

Nothing good happens when Republicans leave land. In 2008, Jane Mayer of The New Yorker wrote about the voyage of the M.S. Oosterdam, which chugged up the Alaska coast carrying a tour group from The Weekly Standard. At Juneau, conservative notables, including Fox News commentator Fred Barnes, lunched with the governor, Sarah Palin — and, as men often do on shore leave, swooned. Her remarkable qualities — "how smart Palin was," according to Barnes — and her considerable beauty left most of them a bit addled. A buzz went up. The zeitgeist was alerted. In due course, she was John McCain's running mate. Only the voters saved us from a debacle.

The National Review cruise encountered no such star of tomorrow. Instead, the emphasis was on yesterday. These passengers were people who had a sense of possession about America. It was once theirs. It once looked like them and acted like them and thought like them. No more. In more ways than one, they were out to sea.