There's something different going on in Model Zero, the self-titled debut album from members of the Sheiks, Yesse Yavis, and several other Bluff City bands. Model Zero is Keith Cooper (bass, synth, drum machines), Frank McLallen (vocals, guitar), Linton Holliday (guitar, vocals), Jesse James Davis (drums, synthesizer, background vocals) — a supergroup, of sorts, made up of members of bands who usually specialize in punk, garage rock, and roots rock. So where do the pulsing drum machines and swirling, psychedelic synthesizers fit in?

"We were in the lab for a long time," Cooper says of working out the dynamics of playing the songs live. Part of the danger was the exploration of new musical motifs and temperamental equipment.

"Anything could go wrong because we're using a lot of old equipment and analogue equipment," Davis says. "I think it adds to the energy." And there is an undeniable energy to the album. The band's cover of Buffalo Springfield's "Mr. Soul" pulses insistently; "This Modern Life" is frantic with guitars, percussion, and the refrain repeated like a chant.

"Our first major performance was playing at Quintron and Miss Pussycat's Lundi Gras at Sailor Jack's in New Orleans," McLallen says. "It was the first time the drum machines went through a huge P.A., and there were guys and girls in costumes coming out on the floor and dancing with this sexy verve." Holliday chimes in: "That's the secret. We're a dance band."

This is what it sounds like when a talented multi-instrumentalist and audio engineer exorcises her demons — and has fun doing it. With her third solo effort, The Farmer's Revenge, Alyssa Moore confronts new horizons, the joys of independence, and life after trauma. 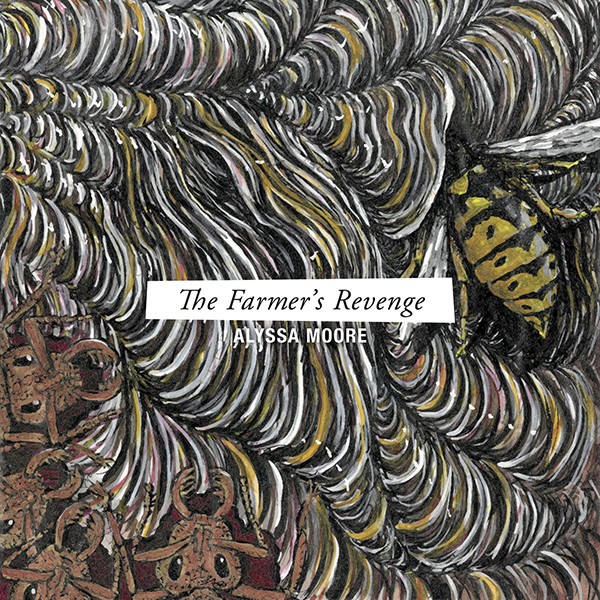 "It's a sequel to The Girl Became a Farmer," says Moore, solo artist, bassist for math-rock outfit Strengths, and owner and operator of indie recording studio Move the Air. "The lyrics and songs were more about getting up and going forward [this time]," she says, explaining a shift on the new record. "The last [album] was put out as a way to release some emotions about the event that happened," Moore says, referring to a violent public assault by her ex-boyfriend in 2017. With The Farmer's Revenge, however, Moore explores new territory; most of the work, she says, fit the motifs of freedom and independence.

"I just locked myself up here and recorded it all," Moore says. "Everything on the album was written, recorded, and played by me. When I hear the term 'solo artist' or 'solo album,' I think of a single person doing the work."

Moore makes no bones about sticking to any one style with her new release. On "Here Comes the Thunder" she alternates whispers and screams during the refrain. With "Cat's Cradle," cut-time drums and a bed of acoustic guitar share sonic space with swaggering squalls of electric guitar. The result is as dynamic as the person who crafted it, at times joyous, sometimes dark, and overflowing with personality.

After a heavy touring schedule in 2018, Hash Redactor released their debut album, Drecksound, in April via Goner Records. The pairing is hardly surprising, as the band is pure Goner. Fronted by guitarist Alec McIntyre of Ex-Cult and with Meredith Lones (bass) and Charlotte Watson (drums) of Nots laying down rhythm, the band is a Goner supergroup. George Williford on guitar rounds out the lineup.

It's not just Hash Redactor's c.v. that screams "Goner." The songs come in fast and hard, propelled by booming bass and tight drums. Watson and Lones share an easy comfort playing together; their confidence oozes from every song. McIntyre sneers the vocals, an antihero decrying humanity's self-destructive tendencies and looking cool while doing so. The guitars alone are worth the price of admission.