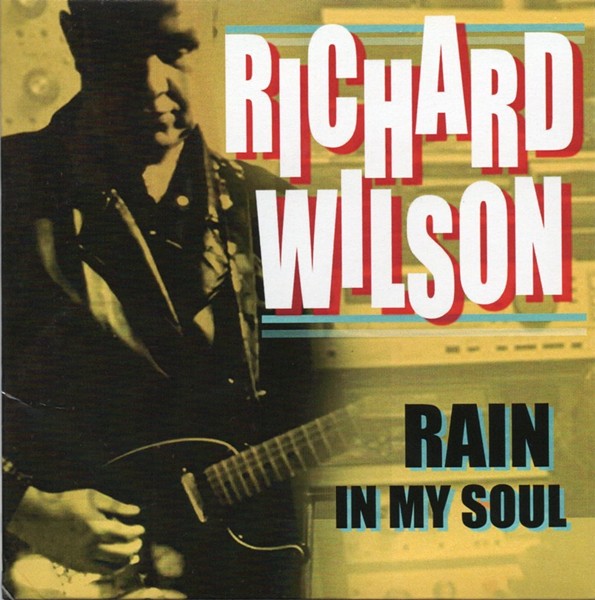 Richard Wilson grew up in the U.K. and began writing songs in the new wave era, but you wouldn't guess it from the records he makes now. Wilson resettled in Memphis many years ago, and, as noted on his website, the city "permeates his work." He states further, "This great city definitely helps my creativity," and it shows. But his songs don't necessarily deliver all the cookie-cutter elements of stomping soul beats with horns, or even rockabilly, for that matter. Rather, Wilson naturally and organically fuses a jazz sensibility with a subtle blues influence to create sparse, soulful songs that could have been crafted in the ’50s.

Over his four albums to date, one constant is the sound of his "old pine Fender Telecaster [through] a reverb drenched Fender Blues Junior tube amp," and this year's EP, Rain in My Soul (Galaxy Tracks), may be his best yet, precisely because it's focused on that sound. Five out of six songs here feature only his singing and playing. And while his jazz influences don't lead to much soloing here, a deep sense of blues and jazz traditions informs every chord change and vocal nuance. It doesn't hurt that it was recorded onto tape at Electraphonic Recording, with strong vintage vibes. The simple, sparse approach suits the material well, which leans toward the moody side.

Right off the bat, "Not For You" seems to lament all the world with a few deft lyrical touches, and the centrality of his Telecaster elevates it above the sonic palette of your typical singer/songwriter's acoustic strumming. The other tracks follow suit. What really puts the songs across is Wilson's unaffected singing, a natural, mellow baritone/tenor that evokes, as he says, Bobby Darin (without the belting) or, to these ears, the smoky cool croon of Georgie Fame.

Only on track three, "Online Mainline," does the bare emotion of voice and guitar blossom into a full band arrangement, with Paul Taylor on drums and Pat Fusco on Hammond joining in. The trio's funky swing is quite in keeping with the moody solo tracks. And its lyrics, evoking our junkie-like addiction to internet stimulation, keep the vibe consistent: a bit on the dark side, sprinkled with a wry sense of humor.

It's his best work yet, not least because it suits our current lives in quarantine so well. These days, we're largely confined to the intimate echoes of our own homes, mulling over the state of the world and troubled relationships. There's a catharsis in hearing Wilson express it so starkly.