Robert Allen Parker is a patient man. Some fifteen years ago, the local guitar ringer recorded his dream album with a cast of players to die for, including Hi Rhythm's Leroy Hodges on bass and Howard Grimes on drums. But as time passed, he came to feel dissatisfied with the record. The years flew by, and he became even more embedded in the Beale Street scene, working at Memphis Music Store there for nearly 20 years, and often playing all night at nearby clubs. He came to feel he could revisit and improve upon the concept of his original collaborative album, but bided his time. 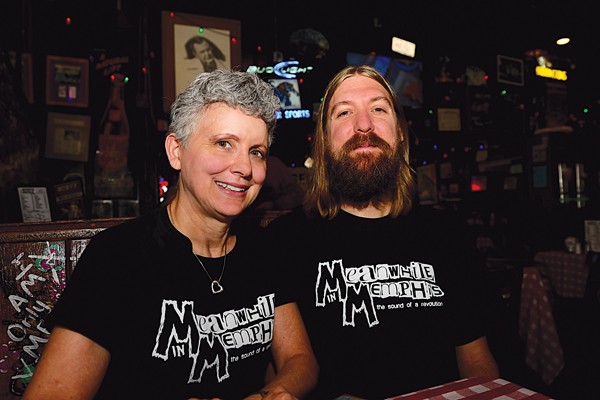 Perhaps best known as the guitarist for Hope Clayburn and Soul Scrimmage, Parker can also be seen accompanying Beale Street stalwart Earl “The Pearl” Banks and others. Beyond that, you may know him by the documentary he worked on for a decade, Meanwhile in Memphis: The Sound of a Revolution, released in 2016. As he worked on that project, co-director Nan Hackman encouraged him to follow his instincts and re-cut that album of his dreams. He recently did just that, and the fruit of that labor will soon drop. Like the first album, Parker has assembled an all star cast, but, eschewing vocals himself, he's content to let his guitar lead the players through this collection. And, with each song performed by a different combo, Parker's guitar is a welcome thread of continuity, tying the tracks together. It helps that his tone is a perfect combination of growl and grit, nailing the sweet spot between choogle and boogie. 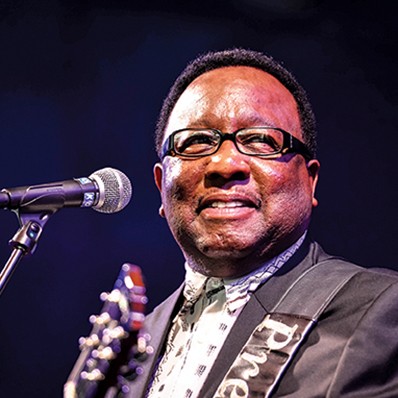 But, to his credit, Parker also stays out of the way, the more to let his guest stars shine. Perhaps the most poignant cameo here is that of Preston Shannon, who passed away this January. His three performances here are the last he ever recorded, and they bear witness to his vocal chops. And while most of the band on Shannon's tracks creates a seamless funk/soul stew, Parker's guitar adds a welcome bit of heaviness that one might not otherwise hear paired with Shannon.

Speaking of the seamless funk/soul stew, some of it is cooked up by the Hi Rhythm core of Hodges and Grimes, who play on tracks sung by both Shannon and Daddy Mack. And, as always, it's stunning how the bass and drums lock together on these numbers, bearing down like some relentless bulldozer, much in the way we've heard them on classic Hi records, not to mention their Grammy-nominated album with Robert Cray.

The material here is mostly comprised of chiefly Beale Street chestnuts, but there are many surprises, including several numbers by Parker himself, including the amusing “Belly Dancing Woman,” sung by Daddy Mack. But even the chestnuts are molded by each artist, in true blues tradition. Among the singers, besides Shannon and Mack, we hear performances by Chris Stephenson, “Dr. Feelgood” Potts, daughter Sheba Potts-Wright on the classic “Crazy 'Bout You Baby” (popularized by Tina Turner, and more locally by the Hellcats), and Smokey Yates narrating “The Story of the Blues.” Billy Gibson, Robert Nighthawk Tooms, and Malcom Burt contribute harp licks, and Randy Westbrook adds some piano and organ here and there. 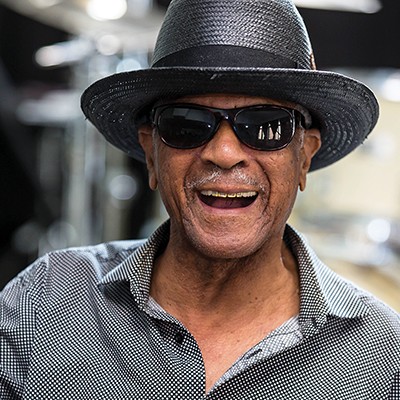 But the standout tracks, to these ears, are those by Banks, whose voice ranges from a vulnerable Skip James falsetto to a weathered growl that well suits his 80-odd years. His “Floodin' Down in Memphis,” a reworking of Larry Davis' “Texas Flood,” combines ominous lyrics of disaster with a shrug-it-off blues shuffle. And two other numbers, featuring just the guitars of Parker and/or Banks, are all the more powerful for their sparseness, giving “You Don't Have to Go” and “Key To the Highway” new life, and capturing this local legend's voice in all its time-worn glory.