Rough Restart for 901 FC in Birmingham

In its first match after the USL's restart, 901 FC fell 3-0 to a tough road opponent in Birmingham Legion FC.

There was always a chance this could happen; with several months of inaction, some teams would surely adapt to the protracted season better than others. While there were some promising signs in Memphis’ 3-0 loss to Birmingham Legion, a sequence of unfortunate errors ultimately doomed 901 FC to a rough road loss. But despite the defeat, Memphis must quickly turn its attention to Saturday's match in Atlanta.

On paper, the statistics paint a pretty good picture of Memphis’ play. The team held the possession advantage (52 percent), made more passes than Birmingham, and had a significantly higher tackle success rate. In fact, Memphis was superior in almost every statistical facet of play, except for where it mattered: quality chances. Birmingham Legion newcomer Bruno Lapa scored twice on his debut, the opener a volley into the ground that looped over goalkeeper Tim Howard and into the net in the 22nd minute (was it on purpose or a bit of luck? I can’t say). 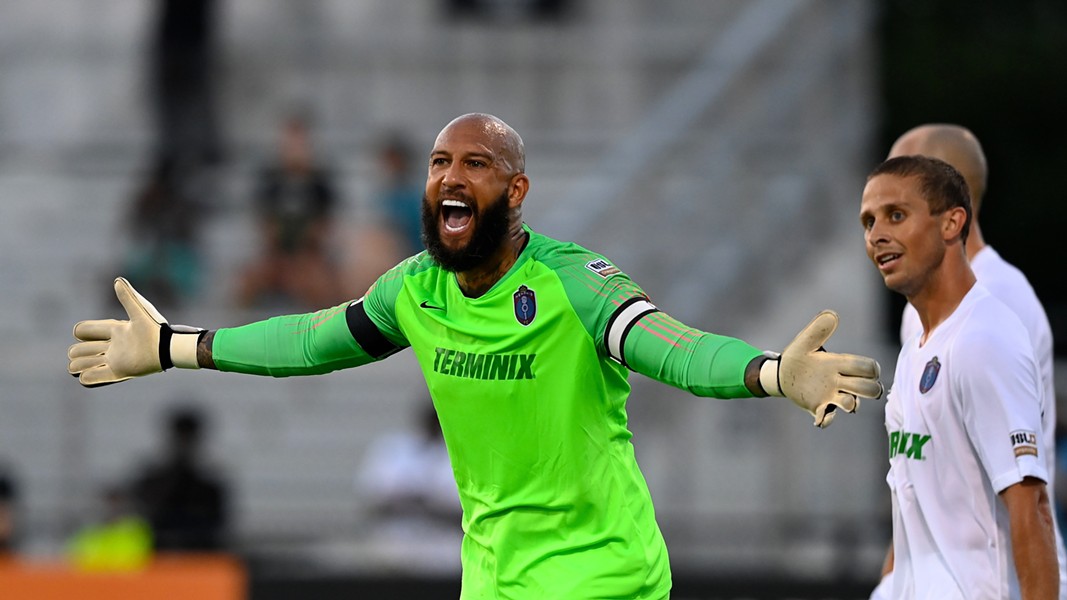 The next two goals conceded were hard to watch from a Memphis perspective. The defense was all at sea in transition, applying minimal pressure as Lapa was played in down the left before making an easy square for Brian Wright to tap home the Legion’s second in the 31st minute.  On the third, centerback Liam Doyle and midfielder Michael Reed both stopped and waited for an offsides flag that would never come. By then, Lapa was in behind to cut in and shoot for his second and Birmingham’s third on 41 minutes. To cap it off, centerback Zach Carroll received a red card for pulling back Wright when the attacker was clean through in the 59th minute.

Coach Tim Mulqueen can’t budget for individual errors like he saw on Wednesday in his game plan, but since going 2-0 up against Indy Eleven in the first game of the season, Memphis has now conceded seven goals without reply. It’s a cause for concern, but the next few games should provide a clearer picture of whether this is a long-term issue. Doyle was imperious after signing for Memphis last season, while fullbacks Mark Segbers and Rece Buckmaster are both new to the squad. Defenses take time to gel properly, but it will have to be quick in the USL’s new format. With Carroll suspended for Saturday’s game against Atlanta United 2, we may see Marc Burch return to the starting XI; his veteran experience should be useful for a disorganized Memphis backline. 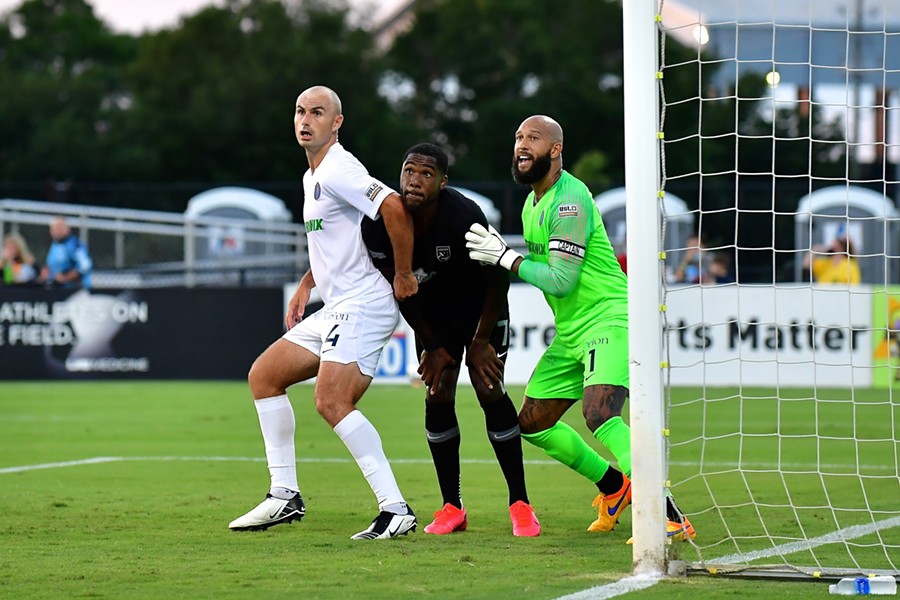 On the offensive end, Memphis put only one shot on target. Last year’s top scorer Brandon Allen uncharacteristically blazed over the bar from inside the six-yard box in the first half, while Duane Muckette also blasted high a presentable chance. On a positive note, new signing Cal Jennings came on in place of Allen in the 62nd minute for his first professional appearance. The forward gamely challenged for balls up top, making his presence felt, getting into the box, and holding up play well to bring other runners into the attack. It was a decent cameo for the Central Florida graduate, and has me excited for what he might be able to produce at this level.

The poor performance can hopefully be attributed to a prolonged absence of play for a side still bedding in many new players. But with matches every few days, there’s not a whole lot of time to adjust. Tomorrow, 901 FC visits Atlanta United 2; our opponents are coming off their own loss (2-1 to the Tampa Bay Rowdies), but since they played a man down for almost the entire game, it’s hard to gauge what kind of threat they’ll pose to Memphis. Last season, 901 FC lost its home match against Atlanta 1-0, but won away 2-1.

In other news, AutoZone Park has received approval to allow a limited number of fans back into the stadium for home matches. With proper social distancing and safety regulations, about 1,000 fans should be able to attend matches and cheer on the squad.