Triple-threat folk, the BMAs, a Latin debut, and a lost great.

James Manning has been booking acoustic shows at Otherlands Coffee Bar for the past few years. This week, Manning moves that scene to a bigger venue for a great three-band bill at the New Daisy Theatre.

Headlining are the Trishas, an Austin band with a Memphis connection. A four-woman folk/country band in which each member plays and sings — and, at their best, sing together — the Trishas debuted in 2010 with the EP They Call Us the Trishas but broke out last year with a strong full-length debut, High, Wide & Handsome, quickly rising within the crowded Austin music scene, where they finished third in March in the "best local band" category of the annual Austin Music Awards.

Among the band's four members is Memphis native Kelley Mickwee, who performed in Memphis several years ago in the folk duo Jed & Kelley.

Joining the Trishas here are two Memphis acts, the Memphis Dawls and Mark Edgar Stuart. The Dawls are similar to the Trishas, minus one member, with the three-part harmonies taken up by Holly Cole (guitar), Krista Wroten (violin), and Jana Misener (cello, primarily). This show will double as a single release party for the Dawls' new seven-inch, "Starting Gate"/"Where'd You Go My Love," which was recorded at Ardent late last year with producer Jeff Powell. The single shows the band's range, with the delicate, slow-burn "Starting Gate" giving way to the jaunty, bluegrass-inflected "Where'd You Go My Love."

Mickwee was apparently instrumental in convincing longtime sideman Stuart to pursue a solo career, and for that we should all be grateful. Stuart's debut, Blues for Lou, inspired in part by a cancer scare and heavily by the loss of his father (the "Lou" of the title), is a special record — a 12-song beaut whose conversational, folk-country style lands somewhere between John Prine and Roger Miller. It's funny. It's touching. It's spirited. It's personal without being cloying. And it gives a rich, full portrait of a complicated period in one person's life, which also means some great marriage songs ("Wrapped Up in Nothing New"), including a tribute to his mother ("Jacquelyn") that doubles as a great marriage song. It gets lusty ("Quarterin' Time") and rowdy ("Third D.U.I.," the only non-autobiographical song on the album, though Stuart says it was inspired by someone he knows). Very highly recommended.

The New Daisy is being configured for cabaret seating for this show, which is on Saturday, May 11th. Showtime is 8 p.m. Admission is $15.

Blues Music Awards
The annual Blues Music Awards kick off at 7 p.m. on Thursday, May 9th, at the Cook Convention Center, with genre heavyweights such as Joe Louis Walker and Janiva Magness among the contenders.

As always, however, the event will inspire a lot of auxiliary activity on and around Beale Street. On Thursday afternoon, the Memphis-connected Yellow Dog Records will hold a showcase concert at B.B. King's featuring Colin Linden, Cassie Taylor, and Eden Brent. A series of events on Beale on Friday will include multi-artist showcase concerts sponsored by Memphis-based PR & management company Blind Raccoon (at Purple Haze, starting at 2 p.m.), by Blue South Entertainment (Hard Rock Cafe, starting at 10 p.m.), and by VizzTone Label Group (Rum Boogie, starting at 10 p.m.). The Center for Southern Folklore will also host "I Feel So Good: A Celebration of Big Bill Broonzy," featuring Blind Boy Arnold, whose Broozny tribute album is a BMA nominee this year. This event starts at 7 p.m. See blues.org for a full schedule of BMA-related events. 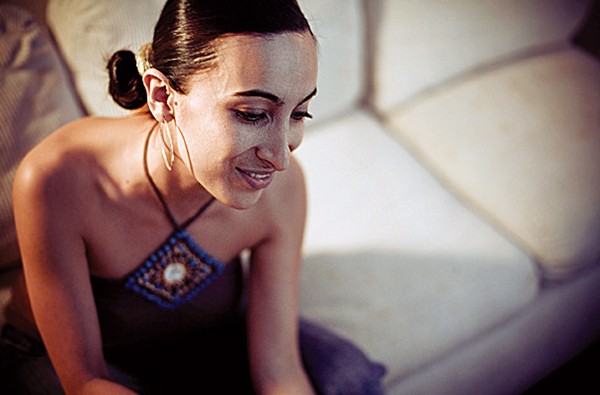 Marcela Pinilla Record Release
A Columbian native, transplanted Memphian, and Latin outreach coordinator for the Memphis Music Foundation, vocalist Marcela Pinilla celebrates the release of her debut album, Passion, this week. The album, which infuses Latin styles with soul and funk elements, features collaborations with artists such as Memphis sax giant Kirk Whalum and Dave Matthews Band bassist Victor Wooten, with whom Pinilla recently performed. Pinilla will perform at an album-release show this Thursday, May 9th, at the 1884 Lounge at Minglewood Hall. Doors open at 6:30 p.m.

Remembering Sid Selvidge
A bittersweet accompaniment to having so many great artists in your city is the pain of losing them, and Memphis lost a big one last week with the passing of Sid Selvidge, who died on May 2nd. Selvidge was a major figure in Memphis music over the past several decades — a key folk/blues revivalist who was instrumental in the reemergence of classic Memphis blues artist Furry Lewis, a member of the scene-starting underground blues/rock band Mudboy & the Neutrons, a solo artist whose work was marked by a startlingly beautiful vocal style, and a behind-the-scenes figure who produced the internationally syndicated Beale Street Caravan radio program. On top of all of that, Selvidge was one of the brightest and most decent men you could meet. Condolences to his family.