Schrödinger’s Leaders: Americans Are Fighting a Pandemic From the Bottom Up

We've been in this pandemic for six months. Six months of changing plans — from "Safer at Home" to "Back to Business" — of disinformation spouted from the highest office in the land. Six months of Schrödinger's infection. Since testing is limited and, at many sites, unavailable unless you have symptoms, and because we know that the novel coronavirus lends itself to asymptomatic transmission, we have to behave as if we have the virus.

Wear a mask, distance, refrain from unnecessary trips, all so you don't accidentally spread something you didn't know you had. But, just in case we're not carrying silent death, we have to act like we can still contract the virus. It's the world we've all been living in, and for families with students at out-of-state schools with, shall we say, more lax social distancing guidelines, it's been a constant worry.

Well, the good news is, now I don't have to wonder anymore.

My girlfriend's younger sister, let's just call her K, a student at an out-of-state university still holding in-person classes, contracted the coronavirus. Before you jump to conclusions, K has not been partying. She's a student athlete with a 4.0 grade average, and partying, even pre-pandemic, was never high on her priority list.

I'm fairly certain that K got the virus from her housemates. Over the past few weeks, I've listened as phone calls came in. Her housemates went to a party. They had guys over. A gang of them stayed up drinking. Pretty normal college stuff — potentially annoying to the straight-A student athlete worried about hanging onto her scholarships, but not life-threatening. Of course, nothing is normal these days. So on top of the usual stress of grades, living far from home, endless practices and drills and time spent working out, scraping by on money saved from summer and winter break catering jobs, K has shouldered the fear that she would contract a disease despite taking every precaution. (K seems to be getting over COVID, thankfully, but we can only hope and wait and see if she has any longterm complications.)

It's too much to ask a young person, someone in their late teens or early 20s, to be responsible for policing three housemates. Just like it's too much to expect 328 million Americans to get through this never-ending crisis safely without leadership. We were all asked to simultaneously become experts at risk assessment and viral vectors and to slog through a knee-capped economy with a one-time $1,200 check as our only aid.

We're all juggling family and careers and safety and deferred milestones, and it's all happening while our federal government refuses to fight a sophisticated and expensive foreign disinformation campaign. Not only has help been withheld, but actively dangerous threats are being ignored.

This never should have happened, but it feels like it was always going to happen. It feels as though the Senate has been on vacation for months. It seems as though K's university's plan began and ended with "collect the tuition checks."

"I was tired, but I'm always tired, so I didn't think anything of it," I heard her say over the phone last night. When her housemates tested positive, the university didn't step in to provide accommodations. No, they were quarantined with K, who had, at that point, tested negative. The university that's profiting off of K's athleticism locked her up with infected people. It's no surprise that she tested positive soon after, at one of the routine checks she has to take in order to keep playing soccer.

I don't know what help I can offer K, but I can say that the abdication of leadership that left her unprotected seems to be an across-the-board phenomenon. 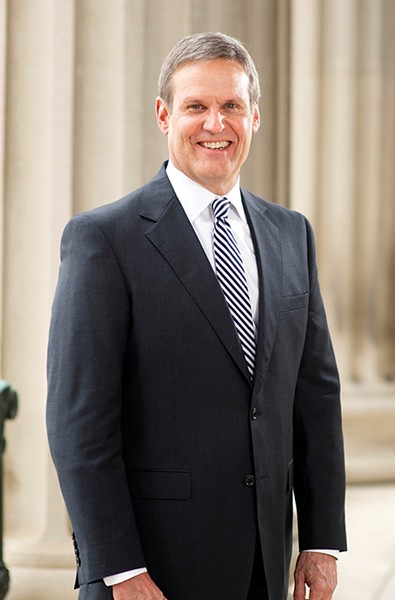 President Trump is on tape admitting he knew about the severity of COVID-19, but he chose to claim it would disappear by Easter. Closer to home, our good ole boy Gov. Bill Lee can't work up the guts to issue a life-saving statewide mask mandate, condemn the president's lies, disburse federal funds to families in need, or to fight the virus and the economic downturn it continues to cause in any meaningful way. Instead he's focused on an unconstitutional anti-abortion bill and an executive order to allow contact sports. Football, he says, is a way of life. An autumn without football would be unimaginable, a tragedy.

Well, call me crazy, but almost 2,000 Tennesseans dying of a preventable disease is a tragedy. College athletes sacrificing their lives and future health to provide unpaid entertainment is a tragedy.

Let's demand more of our leaders, who will fight to our deaths to protect their freedom to watch football but remain silent when we ask for the freedom to live free of disease.