Two of Shelby County's top prosecutors fired back last week at a state board that claims both should be disciplined for breaking ethics rules in the 2009 murder trial of Noura Jackson.

The TBPR opened investigations on Weirich and Jones in 2014. In a January 2016 petition, it claimed that Weirich violated Jackson's constitutional right to silence in her trial when Weirich implored Jackson: "Just tell us where you were! That's all we're asking, Noura!" 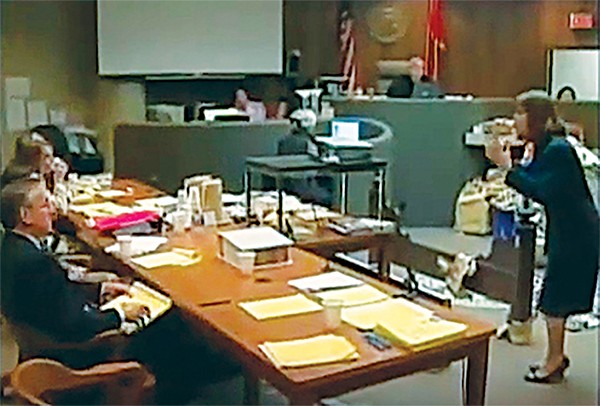 The TBPR found that Jones withheld a key witness statement during the trial, evidence that could have helped Jackson's defense. Both of these infractions swayed the jury's decision in the trial, according to the TBPR, and might have unnecessarily sent Jackson to prison.

Jackson's defense attorneys have said Weirich's statement poisoned the jury against Jackson, as it appeared that Jackson did not want to answer Weirich's question. Weirich said she was only reciting testimony from a witness in the trial, which is allowed by court rules.

In ordering Jackson a new trial in 2014, Tennessee Supreme Justice Cornelia Clark wrote that the statement withheld by Jones could have been used by Jackson's attorneys "to bolster its attack upon the thoroughness of the police investigation and to argue" that the statement could have pointed to another suspect. Jones said while he did withhold the statement, he didn't do it intentionally.

Both Weirich and Jones filed formal responses to the TBPR in the past two weeks. Both said they should not be punished by the TBPR. Both said they will not accept the board's recommended discipline, a censure, which is a public rebuke of their actions that comes with some small fees and fines but no suspension of their law licenses.

Both said they will, instead, fight the rulings altogether in separate hearings that work much like criminal trials with witness testimony, evidence, and attorneys. The hearings are not open to the public. Taking the cases to trial, in essence, could result in harsher punishments for Weirich and Jones.

"No court has ever stated that Ms. Weirich acted with intent or was guilty of any ethical misconduct," wrote Weirich's attorney Jef Feibelman in his response to the TBPR. "Explicitly and implicitly they have found otherwise."

Jones said he got the witness statement during the trial and put it in the flap of a trial notebook and forgot about it, though he did mean to turn the evidence over to Jackson's attorneys. Jones' attorney Brian Faughnan argued Jones' action was "unintentional and inadvertent." As such, he said it would be unfair to so strictly enforce court rules against Jones for an "innocent" mistake.

Jones' attorney said that the trial caused "significant, atypical stress to Mr. Jones that impacted his health" and asked the board to consider this as a mitigating factor in their case against him.