Shelby County, like the rest of Tennessee, is getting into the act for Super Tuesday, March 3rd, which is already underway via early voting. Although there's a local race or two that have attracted attention, most focus is on the presidential race; the Democratic presidential primary, in particular.

Although all the Democratic candidates seem to have their claques here, the two main acts among party traditionalists would seem to be those of former Vice President Joe Biden, and, perhaps surprisingly, ex-New York Mayor Mike  Bloomberg. Biden was the early leader in most polls of Democratic candidates, in Shelby County as elsewhere in the nation, and his support has held reasonably well locally, considering his worse-than-anticipated showing in the early tests of Iowa and New Hampshire.

Biden has yet to make an appearance here, but his surrogates have been active — including Shelby County Mayor Lee Harris and state Senator Raumesh Akbari, both of whom were among the presiders at the most recent turnout for Biden, on Saturday at the Mahogany restaurant on Poplar Avenue.

Like the former vice president, Bloomberg has had two jam-packed affairs involving local surrogates as well, including one at his local field office on Tennessee Street a couple weeks ago.

Bloomberg has some local eminences in his camp also, including Memphis Mayor Jim Strickland, who since his re-election last year has increasingly been flexing his broker's muscles as a source of endorsement. 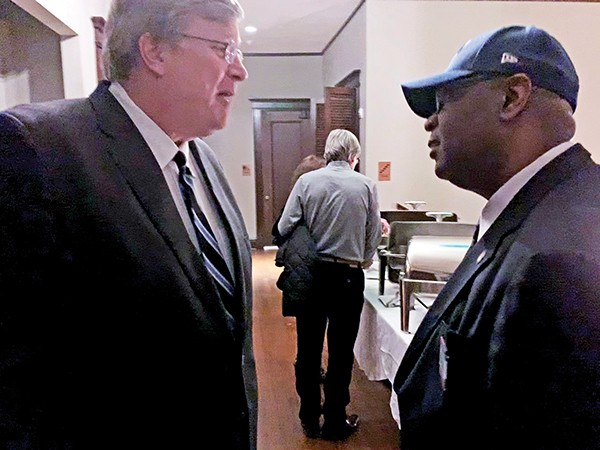 Other Democratic candidates — Vermont Senator Bernie Sanders,  Massachusetts Senator Elizabeth Warren, Minnesota Senator Amy Klubachar, and South Bend, Indiana, Mayor Pete Buttigieg — have support as well, but the main battle in Shelby County, as perhaps in Tennessee, would seem to be between Biden and Bloomberg — between longtime party loyalists, as it were, and those convinced by Bloomberg's late-developing but extraordinary show of money and advertising.

As in other locations, Sanders is thought to command the allegiance of a mass of grassroots devotees, whose numbers are hard to measure in advance.

Harris, welcoming Saturday's crowd of Biden supporters, celebrated his home county as being the largest county in Tennessee as well as "the greatest." The reality, though, is that, once again, Shelby County has had to yield prominence of place to the state capital of Nashville. The major candidates themselves have been hard to find locally. Last week, Bloomberg, for example, made stops in Chattanooga, Murfreesboro, and Nashville, and skipped Memphis, though he made a visit here in December to tout his health-care plan.

Akbari also was emphatic, noting that "when it comes to the general [election], unfortunately, we in Tennessee are a  deep shade of red, but we can help select the nominee who's going to take us across the finish line in November and kick the surface and get the swamp — the real swamp — out of the White House."

Clearly, what happens when Tennessee votes with the other 14 Super Tuesday states won't be decisive all by itself, but it will be interesting to see if the state can reclaim its erstwhile reputation as a bellweather, capable of reflecting national sentiment in its voting results.

• There is serious competition in several local races as well. Both major parties have contested primaries for the open state House seat in suburban District 97. A tight race is brewing between Democrats Gabby Salinas and Allan Creasy, both of whom are veterans of near-win races in 2018. Two Republicans, Brandon Weiss and John Gillespie, are fighting it out for their party's nomination. The current holder of the seat, Republican Jim Coley, is not running for re-election.

The race to succeed the retiring Ed Stanton Jr. as General Sessions Court clerk is a slugfest involving 13 Democrats and four Republicans. Among Democrats, the candidates getting the most play would seem to be Gortria Banks, County Commissioner Reginald Milton, and fellow Commissioner Eddie Jones. Milton seems to add at least one high-octane endorsement a day (examples: Mayor Strickland, City Court Clerk Myron Lowery, former legislator and NAACP eminence Johnnie Turner), while Jones is getting support in new radio ads from former state Senator John Ford, whose prior felony conviction kept him from becoming a candidate himself. 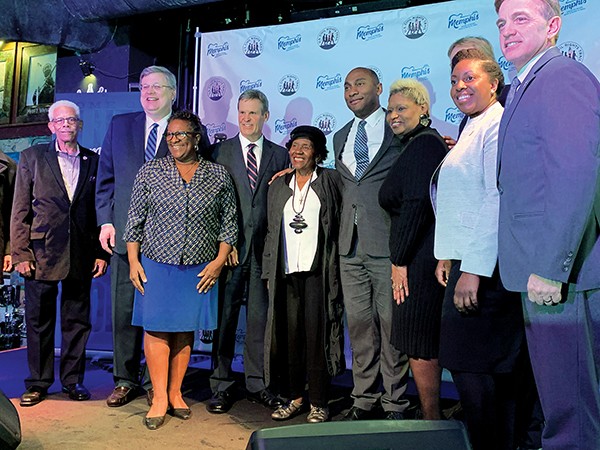