Memphians got to know Nikisha Williams at the beginning of her career. She was one of the dynamite Dynamites in Hairspray at Playhouse on the Square. When POTS staged its award-winning production of Memphis the Musical, she starred as Felicia, the woman who made poor little Huey go "Hockadoo!" But Williams, who's currently touring as the female swing and understudy for Celie in a critically acclaimed revival of The Color Purple, left her mark in other, more lasting ways as director of choirs for White Station High School.

"After my third year teaching, I decided I wanted to perform," says Williams, who describes her decision to step down from her faculty position and move to New York as a "step in the dark." The ex-teacher took a job as a singing waitress at Ellen's Stardust diner in Times Square and started auditioning.

"It's been a crazy ride but a great ride," she says of her journey from the Bluff City to a Broadway tour. "Teaching in Memphis taught me a lot of things about business in general and also about my own work ethic. And you learn so much from the people around you." 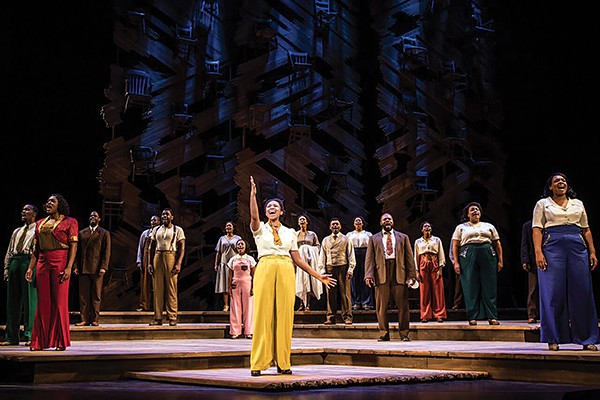 Director John Doyle's revival of The Color Purple is as minimal and actor-focused as the original Broadway production was overstuffed. "Instead of seeing all these people on stage and all the set changes and everything, you're literally just seeing the core of these characters and listening to the wonderful music that was created for the show," says Williams, who believes the show has a lot to say to and about women.

"Every woman in the audience can see themselves in these characters," she says. "The show represents every kind of woman, which is great especially in this day and time. I think that's why so many people are still so interested in this story."