A Criminal Court judge (unopposed in his race) is disturbed about the quality of some judicial candidates and their reasons for running.

Would you prefer to appear before a judge based on his/her political affiliation or the color of his/her skin, or would you prefer to appear before a judge who has experience in the law? Shelby County has the most diverse judiciary in the state of Tennessee. Is it perfect? No. Will it ever be perfect? No. But we are way ahead of the rest of the state. However, when it comes to diversity, there are those among us who think that party affiliation or race are more important than experience. 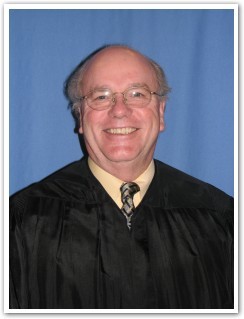 When I started my career, attorneys generally practiced law for a number of years then decided to "give back to the community" by serving as judges. Based on those years of experience within the system, judges were viewed as older and wiser and capable of making the decisions necessary to run a court. We have reached a point in our society where everything but experience is important in electing judges.

I recently handled a murder case in which the state was seeking the death penalty. The key issue in the case was the intellectual disability (mental retardation) of the defendant. I spent three days hearing proof on that issue alone pre-trial. Although I am not an expert in this field, I have spent 36 years trying cases and listening to experts testify about this issue. That experience helped me make a decision that affected that defendant's life. I give that example as a reason why experience counts more than politics or race in serving as a judge.

The lieutenant governor of this state feels that "political correctness" means more than experience. He believes that we should turn out experienced and learned jurists just because they were appointed by a governor who was from a different political party. Experience and ability mean nothing.

Likewise, the local chapter of the National Bar Association seems to be saying the same thing; only this time the issue is race. The local president of that chapter sent out a letter with the following quotes: "We have a golden opportunity to unite as a community of attorneys of color with the goal of running one member per race." And, "This committee has been hard at work establishing a mechanism to reach a consensus candidate for each race."

It seems that many of these candidates are running simply to include someone in each race, and it appears that, for the most part, the goal has been accomplished. However, the list of candidates running in most of the judicial races against incumbents, both black and white, have little or no experience. Many were recruited simply because of their race. Several have never tried a case. Some do not even appear or practice in the same field of law for the position they are seeking, either civil or criminal. One was suspended from the practice of law for multiple instances of unethical conduct. Although many have no experience, it appears that they are relying simply on the color of their skin as a qualification.

I have spent my entire career attempting to be fair and impartial to all who appear before me, and I feel very blessed and fortunate that I do not have opposition in this election. However, I feel very strongly that we have a diverse and experienced judiciary in this count. Our judges, black and white, male and female, should be judged on their work ethic and experience and not on their politics or the color of their skin. If they are doing a bad job, vote them out of office. That is the basis of our country. But please don't vote somebody out of office for the wrong reason. Experience matters; seek it out and demand it from your judges. James C. Beasley Jr. is judge of Division 10, 30th Judicial District, Shelby County.