The TN GOP's meddling in the UAW vote at the Chattanooga Volkswagen plant was shameful.

Last fall, in our November 21st issue, we surveyed the then-brewing struggle between pro- and anti-union forces relative to the pending worker election at the Volkswagen plant in Chattanooga. "Who's the Laughingstock?" We asked in our headline for that editorial — the reference being to what we had hoped was an off-the-cuff remark by U.S. Senator Bob Corker, regarding the fact that the Volkswagen management, both German and American, declined to be alarmed over the prospect of the United Auto Workers (UAW) union gaining representation at the plant. 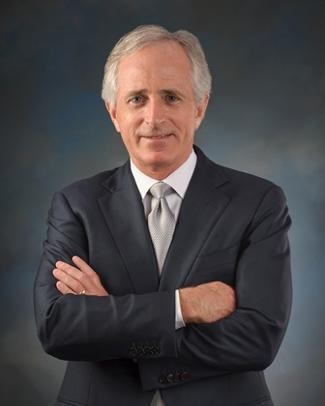 VW would become a "laughingstock" if something that dire were to happen, Corker suggested, whereas we saw such a label being more appropriate if affixed to official buttinskies like himself. After all, Volkwagen executives had made it unmistakably clear that a UAW presence at their plant would more likely be beneficial than not — especially since it would make the Volkwagen's traditional reliance on "workers' councils," easier to achieve. "Volkswagen considers its corporate culture of works councils a competitive advantage," VW spokesperson Bernard Osterloh said at the time, adding, "Volkswagen is led by its board and not by politicians."

Never mind that the UAW was already an established presence at the General Motors plant in Spring Hill, Tennessee. Of course, Corker had already distinguished himself (or something) by leading the resistance in 2009 to President Obama's highly successful plan to resuscitate the then-ailing automobile industry in Detroit, headquarters of GM. But we thought that, having vented his union-baiting opinions and saluted the flag of Tennessee's sacrosanct right-to-work law, he would settle down and allow the worker election in Chattanooga to be held in peace.

He did not. Instead, Corker placed himself at the head of a quasi-official coalition to stop the potential unionization of the VW plant, by any means necessary. Even as VW's management was graciously allowing union organizers to address workers inside the plant, Corker et al. launched an execrable threat campaign to intimidate Volkswagen and scare the plant's workers.

Abetted by such unsavory rightwing outsiders as Grover Norquist and the infamous Koch brothers, the Corker coalition went to its union-busting task. Corker said publicly that VW would manufacture a mid-sized SUV in Chattanooga if the workers rejected the union. (In other words: reject the union, boys, and there'll be more work for you. Plant manager Frank Fischer promptly disputed the senator's assertion, and Corker blithely called him a liar. Then Bo Watson (R-Hixson), speaker pro tem of the state Senate, went Corker one better, threatening legislation to revoke the existing state financial concessions granted to VW by the state if the UAW should win the vote. (In other words, "we'll take away the work you already have if you vote yes.") And, oh yes, surprise: Our go-along governor said he thought suppliers would think twice about serving a unionized plant.

The bottom line: After all this pressure from officialdom, the UAW bid was narrowly defeated, and Senator Corker actually boasted in a press release that the whole Volkswagen-in-Chattanooga project was hatched around his kitchen table. Fair's fair: Wouldn't want to give Boss Bob indigestion, would you?

We, however, are inclined to retch.