Back in 2008, the administration of Tennessee Governor Phil Bredesen, a Democrat, asked for and got a waiver on enforcement of the strict work requirements imposed on recipients of federal food assistance under the Supplemental Nutrition Assistance Program (SNAP). It was a sensible decision; the state, like much of the nation, was hard hit by the recession, and jobs were hard to come by. Temporarily, at least, the restrictions imposed on the genuinely needy in Tennessee could be lifted, though a certain rhetorical bias against them, building ever since the Reagan era, continued to posit the existence of"welfare queens" and the unholy triad of "waste, fraud, and abuse."

The predominant feeling of the nation's ruling establishment could be summed up this way: "The current welfare system undermines the basic values of work, responsibility, and family, trapping generation after generation in dependency." It wasn't Republican Reagan who said that, by the way, or even his GOP successor George H.W. Bush. It was "New Democrat" Bill Clinton, apropos his shepherding into law the Personal Responsibility and Work Opportunity Act of 1996, which is still the governing framework for federal aid programs. There had gotten to be a bipartisan consensus of sorts, characterized by Clinton's famous remark that "the era of Big Government is over." 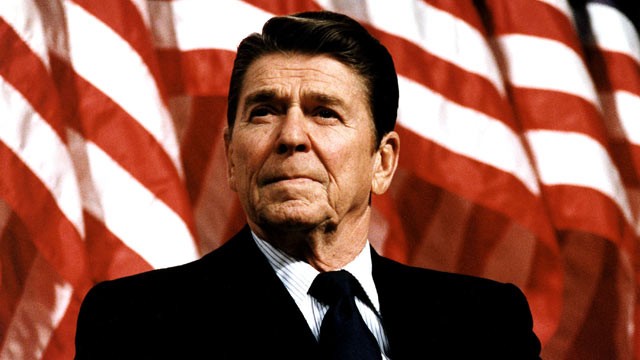 It really wasn't, of course. The size and resources and perks of government simply were progressively redirected to the benefit of folks higher up in the national class system, to the point that spokespersons for the political left — including even the most genuinely revolutionary presidential candidate in modern American history, Bernie Sanders — habitually devote most of their verbal energy to solicitude for the "middle class."

So, with the economy apparently still on a healing course, it was no great surprise when on Monday the administration of Tennessee's moderate Republican governor Bill Haslam announced that the time had come to end the waiver and to restore stringent work requirements for SNAP — except for 16 counties still regarded as being in some measure of financial distress.

While professing to be "awaiting more details about how the governor's workforce requirement policy for food stamps will be implemented," 9th District Democratic Congressman Steve Cohen expressed concern about the effects of the policy shift on Memphis, which, as he noted, has "the highest poverty rate of metro areas with at least one million people."

Cohen made bold to suggest, "We need to be making nutrition assistance more available, not less." Also skeptical was state House Democratic leader Craig Fitzhugh of Ripley, who said, "I want to make sure that we are not using an axe where a scalpel is needed in weeding out abusers of the system," and insisted on "a targeted approach that ensures every Tennessean that needs help receives it."

A cautious approach is certainly called for. The New Republic, in its current issue, surveyed some of the national consequences of overkill in the shift from welfare to workfare: "In 1996, nearly 70 percent of poor families received benefits. Today it's less than 25 percent," the periodical found. Further: "Since 1995 the number of Americans living on $2 or less a day has nearly tripled, including some three million children."

Something tells us the figures in Tennessee are at least that dreary.