Michael Keaton steals the show in this amazing superhero adventure.

In the flurry of desperate corporate maneuvering in the wake of the 2014 North Korean cyber attack on Sony Pictures in retaliation for The Interview, the most significant move may be the return of the Spider-Man film franchise to Marvel control. Spider-Man is the crown jewel of the Marvel superhero stable, which is why the film rights were sold for big money back in 1985, way before the comic book company was mining its rich vein of intellectual property with Disney. Eventually, Sony ended up with the property, and, after the success of Brian Singer's 2000 X-Men movie, the studio did three Spider-Man movies with director Sam Raimi starring Tobey Maguire as the webslinger. Raimi's first two films are among the best blockbusters of the century, and, personally, I like the third one, even though that's a minority opinion. Then the studio rebooted the franchise with The Amazing Spider-Man starring Andrew Garfield. While Garfield matured into a good actor, the two Spider-Man movies he starred in were clumsy and charmless.

Sony was reportedly planning on creating a Spider-Man series to compete with the Marvel Cinematic Universe, but after Kim Jong Il's minions splashed the confidential contents of their servers all over the web, they needed to raise money in a hurry and preemptively surrendered to the Marvel juggernaut. It turned out to be the best decision Sony has made in a long time.

Spider-Man defines the Marvel approach to superheroes. He's not a superhuman paragon of virtue like Superman. He's young, flawed, often scared, and while his heart is always in the right place, his judgment is not always the best. Marvel head honcho Kevin Feige cast Tom Holland as Peter Parker and fed him through the Marvel Cinematic Universe assembly line with relative newcomer Jon Watts at the helm. In a Hollywood that is exhibit A for bad decision-making processes, Marvel got everything right this time.

What's most appealing about Holland's Spider-Man is that we get to ride along while he discovers his powers. But this is not an origin story; we don't have to see poor Uncle Ben die again. Tony Stark recruited Parker for Civil War, and created a high-tech Spidey suit, partially as payment and partially as initiation into the Avengers clan of super-beings. But Parker's still in high school, so he's just as invested in his Academic Decathalon team and the homecoming dance as he is in what he calls "my Tony Stark internship." Spider-Man may be on the A-list in the real world, but in the Marvel universe, he's C-list at best. 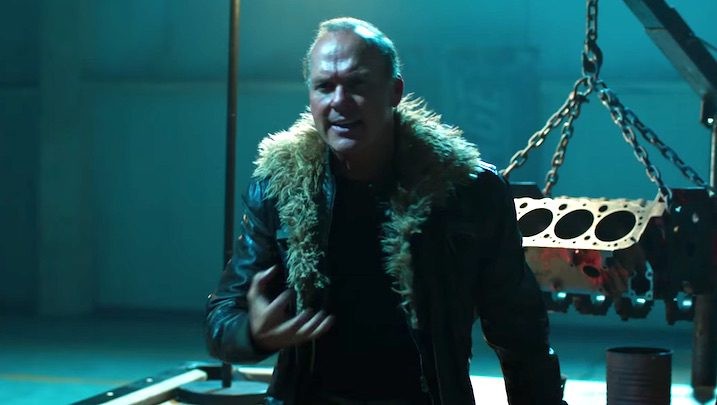 Wisely, the villain of Homecoming is also a C-lister trying to increase his Q rating. In a bit of genius casting that was, in retrospect, blindingly obvious, Michael Keaton, formerly known as Batman and Birdman, plays the villain Vulture. The character is a scrap metal dealer who used the broken bits of alien technology littered around New York after the Avengers saved the city from the Chitauri invasion to build himself a flying super suit. Keaton deftly straddles the line between the realistic and fantastic with a riveting performance. The confrontation between Keaton and Holland prior to the big finish is the best single scene in the entire Marvel movie canon. The world is not in peril in Spider-Man: Homecoming, and it's all the better for it. Instead of a city-destroying battle between the forces of good and evil, it's just novice hero vs. novice villain. The human-sized stakes make it more exciting, and it's considerably easier to follow the action with fewer moving parts. You don't come out of the film feeling like you've been beaten over the head for the last half hour.

Another vital element done right is the strong supporting cast. Marisa Tomei represents a radical new version of Aunt May, which totally works. Jacob Batalon is excellent as Parker's best friend Ned, and Disney teen star Zendaya is sharp as smartass classmate Michelle. Comedian Hannibal Buress is pitch perfect as Parker and Ned's distracted gym coach. Unsurprisingly, Homecoming only falls down when it's trying to connect with the bigger Marvel universe. Robert Downey Jr. is his usual snarky self as Tony Stark, but an extended subplot with Iron Man director Jon Favreau playing Stark's henchman Happy Hogan periodically grinds the momentum to a halt. But that's not enough to derail Spider-Man: Homecoming's fun.