New Wing Order held a preview tasting way back in March. The wing-centric food truck debuted in Cordova and Downtown last weekend. It's holding similar opening events in Midtown and Germantown this weekend.

The reasoning for the way, way-ahead tasting was that owners Cole Forrest and Jesse McDonald didn't want to be testing new recipes at the last minute. They wanted everything field-tested and perfected. Some suggestions they took to heart: They turned up the heat on the honey hot wings and tweaked the herbs on the Rajun Cajun. They also changed the menu to denote how truly hot the wings can be. One thing they didn't touch was their famous Memphis Buffalo wings — their pride and joy and the wing that helped them nab the championship at the Memphis Hot Wings Festival. 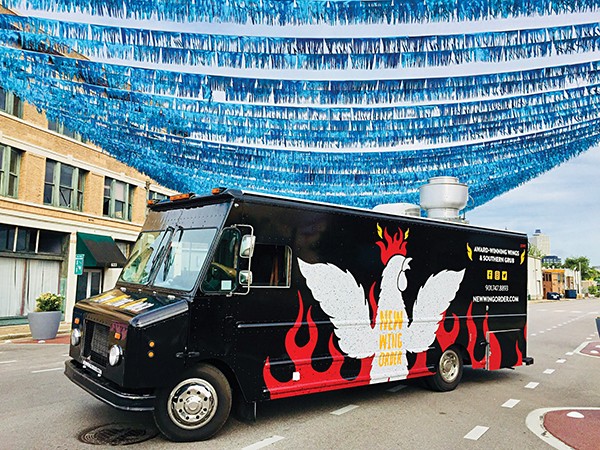 As they puzzled over where to launch, it occurred to them that the wheels gave them opportunity to be anywhere they chose. "It's the whole benefit of having a food truck — it comes to you," says Forrest.

It's no mistake that all four openings are at places with easy access to beer. "Nothing goes better than beer and hot wings," Forrest says.

In any case, they are ready to go, ready to spread their wings. "We just want to get out there," says Forrest.