It's still a little less than two months — April 17th, to be exact — before candidates for city offices can even pull a qualifying petition from the Election Commission. And it's nearly five months after that until the November 3rd election itself — seven month total.

For emphasis, let's put that last figure in Arabic numerals: 7 months before Memphis voters can finish signaling their intentions on city offices — encompassing the lengthy span from now, when major league baseball teams are beginning spring training, to a date when the World Series is likely to still be happening.

And yet the roster is rapidly filling up for the most important race on this year's election calendar — that for Memphis mayor. With the formal announcement of candidacy on Monday of this week by Memphis Police Association President Mike Williams, the number of well-known names still expected to be on the mayoral ballot has shrunk to two — City Councilman Harold Collins, who appointed an exploratory committee last fall and former Memphis School Board member and New Olivet Baptist church pastor Kenneth Whalum Jr. 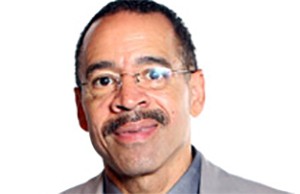 Whalum is forthright about his own plans, which to a great extent are based on an understanding with Williams, whose views on city matters overlap with his own. It boils down to this: "If Mike follows through and picks up a petition when the time comes and files, I won't run," says Whalum. "If he doesn't, it's 100-percent certain that I will."

And, while Ford, who has commission business to attend to, has not yet finished stockpiling his artillery, and Harvey has not yet begun to fight, the others are already doing battle. Strickland is speaking lots and firing away at Wharton on an almost daily basis via Facebook and Twitter; Williams and his supporters are active on the same social media; and the mayor is playing his bully pulpit for all it's worth, materializing in numerous speech appearances and press conference formats that allow him to do double duty as city official and candidate for reelection.

And Golden, who has yet to demonstrate what his political base is, is turning up at public events, including those held by other candidates, and for well over a year has been conspicuous by driving around town in a car that is tricked-out with signs advertising his candidacy.

The mayoral-campaign activity so far is a form of spring training, and, like its baseball equivalent, it is a way of working the kinks out, finding a groove, and getting the jump on the competition. For that reason, Collins and Whalum won't be able to procrastinate much longer on revealing their own intentions, and an announcement from one or both of them may well beat this issue to the printer.

There's another reason why time is of the essence: money, which is a finite resource, especially here in hard-pressed Memphis, and won't stretch far enough to cover every candidate's needs. In a certain sense, it's a matter of first come, first served, and the most accomplished self-servers so far are Wharton and Strickland. Both of them have been at it for a while — with receipts through January 15th showing a campaign balance for Wharton of $201,088 and for Strickland of $181,595.

The others have some catching up to do.

• As one of the first commenters to the Flyer's online coverage of the event said, "A very sad day, indeed, for the Shelby County Democratic Party in more ways than one."

The event in question was the forced resignation on Saturday of Shelby County Democratic Party Chairman Bryan Carson, well-liked in his own right and the son of the widely admired Gale Jones Carson, a former local party chair herself and the longtime secretary of the state Democratic Party.

In a nutshell, the younger Carson had, on the fateful Saturday, faced a no-holds-barred interrogation into his oversight of party finances by the party's executive committee — 76 strong, at peak, with roughly 50 on hand for the occasion, which was closed to the press and public. Saturday's meeting followed two prior closed-door meetings with Carson last week by the party's smaller 11-member steering committee, the second of which had resulted in a unanimous vote of "no confidence."

All three meetings had been called out of a sense of crisis that developed from Carson's repeated failure either to address party members' concerns about the state of party finances or to deal satisfactorily with ominous promptings for an accounting from the Tennessee Bureau of Ethics and Campaign Finance. The bureau had already levied three $500 fines on the local party for late or incomplete submissions of financial disclosure statements and threatened another of $10,000, along with a showdown meeting in Nashville in March.

There were two immediate issues: The first was a disclosure statement that had been overdue since October 28th. Carson would hurriedly prepare one and submit it, such as it was, to the bureau on Wednesday, February 18th, the same day as his second meeting with the party steering committee and their vote of no confidence.

The other issue was even more troubling. It concerned an ad hoc audit, prepared at the request of the steering committee by Diane Cambron, wife of David Cambron, the local party's first vice chair, and Dick Klenz, longtime president of the Germantown Democratic Club — both with unimpeachable reputations for fair-mindedness.

The audit showed that, since last September, Carson had made 63 withdrawals from the party's bank account, in an amount totaling $8,437.89, and could produce no receipts for what he contended had been cash payments on behalf of the party. Even allowing for figures submitted in what Carson called a "self audit" (again, unaccompanied by receipts and made difficult to trace by virtue of the chairman's having arbitrarily switched the party banking account), there seemed to be an amount of $6,091.16, which the Cambron-Klenz audit referred to as "unsubstantiated."

Carson maintained in all three meetings with party committees that he had done nothing wrong and that the apparent discrepancies were the result of an overload of activity during the 2014 campaign year, coupled with the fact that he had been compelled, he said, to try to function as his own party treasurer.

That last was another fact that confounded committee members, who had thought that party member Jonathan Lewis was functioning as party treasurer. It turned out during the week's discussions that Lewis had shied away from the service and had not registered with the state after being given a glimpse by Carson into the actual state of party finances.

In any case, the predominant mood of the party executive committee on Saturday was to reject Carson's explanations, as well as his expressed wish to maintain at least a titular hold on the office of chairman (while handing over actual control to first Vice Chair David Cambron) through the party's scheduled March caucus-convention rounds that are scheduled to produce a new executive committee and chairman on March 28th.

Vice Chair Cambron has been named acting chair, and he announced that one of his first acts would be to open a new party banking account this week, so as to provide a revised and reliable financing accounting from the ground up.

Beyond that, there has been no word from anyone speaking for the party to take further action or pursue legal remedies and no apparent appetite for doing so.

Various online commenters on the matter have made a point of noting that the Rutherford County Sheriff's Office has issued a warrant of "theft over $500" against Axl David, former treasurer of the Young Republicans in that Middle Tennessee county, for what Sheriff Robert Arnold called "several discrepancies in the management of Club funds." But no one has demonstrated any analogy between that situation and the one in Shelby County.

Bryan Carson, meanwhile, apparently still intends to seek the open District 7 City Council seat in this year's city election. In January, he finished one vote behind Berlin Boyd in a council vote to name an interim District 7 councilman to succeed Lee Harris, who had resigned to assume his new duties as a state Senator.