The new crew of the Enterprise finally gets it right

It ain't easy being a Trekkie.

From the beginning, we've been an aggrieved bunch. The fandom coalesced in 1968, when NBC threatened to cancel the original Star Trek after two seasons, prompting a "Save Trek" letter-writing campaign organized by sci-fi zines and word of mouth. It worked, but the third season had fewer classic episodes, which led to Trekkies discovering their other favorite pastime: Complaining about Star Trek.

In the 1970s, as Trekkies were successfully lobbying to have the first space shuttle named Enterprise, they backed series creator Gene Roddenberry's quest to create a new series. After the tremendous success of Star Wars, those ideas were transported onto the big screen for 1979's Star Trek: The Motion Picture. Trekkies were gleeful, because not only did they have new Trek to watch, but, since many found the film to be ponderous and self-important, they also had new stuff to complain about. For director Nicholas Meyer's 1982 sequel, The Wrath of Khan, the haters were drowned out by the cries of Trekkies grieving for the death of Spock. When the franchise (and Leonard Nimoy, who had his own love/hate relationship with Trek) gave them what they wanted and brought Spock back to life in the third installment, Trekkies declared that "odd-numbered Trek movies are always bad."


Star Trek: The Next Generation debuted in 1987, and for the first two seasons, Trekkies, who were tuning in religiously every week, hated Captain Picard. Then he was assimilated by the Borg, and everyone decided they had always loved him and please don't take him away. And so it went for 25 seasons of four consecutive spin-off series until Enterprise went off the air in 2005 just as it was getting good. 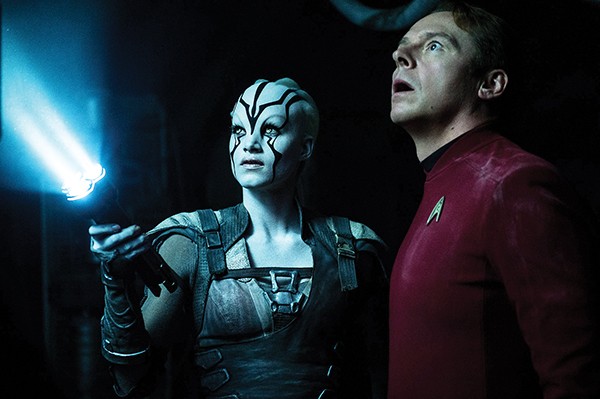 At this point, it probably will not surprise you to learn that I was less than impressed with the two J.J. Abrams-directed reboot films, Star Trek (2009) and Star Trek Into Darkness (2013). Sure, they looked good, and the new crew, led by Zachary Quinto as Spock, was well cast, but the writing—done by the same team who wrote Transformers—was just downright stupid. Abrams ditched Roddenberry's techno-utopian humanism in favor of post-9/11 paranoid cynicism. The tenor of the times was not a good fit for Trek.

So it was with considerable trepidation I approached Star Trek Beyond. Abrams jumped ship for Star Wars, but his replacement is Justin Lin, best known for three Fast & Furious movies. The screenplay is by Simon Pegg, the comedy writer behind Shaun of the Dead, who is also returning for his third go-round as Scotty. Pegg's script elevates Star Trek Beyond to the best Trek movie since 1996's First Contact. Chris Pine's rendition of Captain James T. Kirk has been the weakest link in the rebooted cast, but in the film's opening scene, when Kirk's diplomatic mission spirals into farce, Pine finally finds the handle on the character. Later, when a a rescue mission to an unknown planet turns into an ambush, the Enterprise crash lands, scattering the crew. Pegg's script pairs off Spock and Dr. McCoy (Karl Urban), giving the two frenemies some great scenes together as they fight for survival in the alien wilderness. Uhura (Zoe Saldana) and Sulu (John Cho) both get meatier roles, and Idris Elba provides a credible villain with the fascist space vampire Krall. 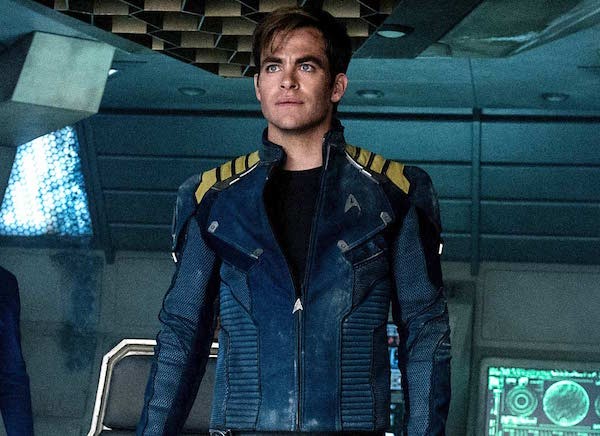 While the character moments are the best parts, Trek has never looked better. The frontier of the Federation doesn't simply resemble rural California, and the gravity-bending design of Starbase Yorktown is an instant classic. The second-act space battle between the Enterprise and a swarm of Krall's drones is visually inventive and harrowing. But, as the film progresses, Lin's tics resurface. He puts Kirk on a motorcycle, his nervously roaming camera becomes tiresome, and he fumbles the climax, which seems to be on loan from Guardians of the Galaxy.


What Pegg and Lin get right is the sense of camaraderie among the diverse crew. Star Trek Beyond carries Roddenberry's conviction that we can solve our problems by sticking together and applying equal parts compassion and logic, and its optimism is catchy.