"I'm your doctor, when in need/Want some coke, have some weed/You know me, I'm your friend/Your main boy, thick and thin/I'm your pusherman" — Curtis Mayfield, "Pusherman"

In the blaxploitation documentary, One Last Deal, House Party producer Warrington Hudlin wonders aloud if the movie title Super Fly is a noun or an adjective. If the word "fly" represents some kind of heightened achievement, he decides, "super fly," must be that same kind of achievement exponentially rarified. However you define it, Gordon Parks Jr.'s 1972 crime drama Super Fly was some kind of rarified achievement, setting trends in fashion and filmmaking, while attracting its share of critics. 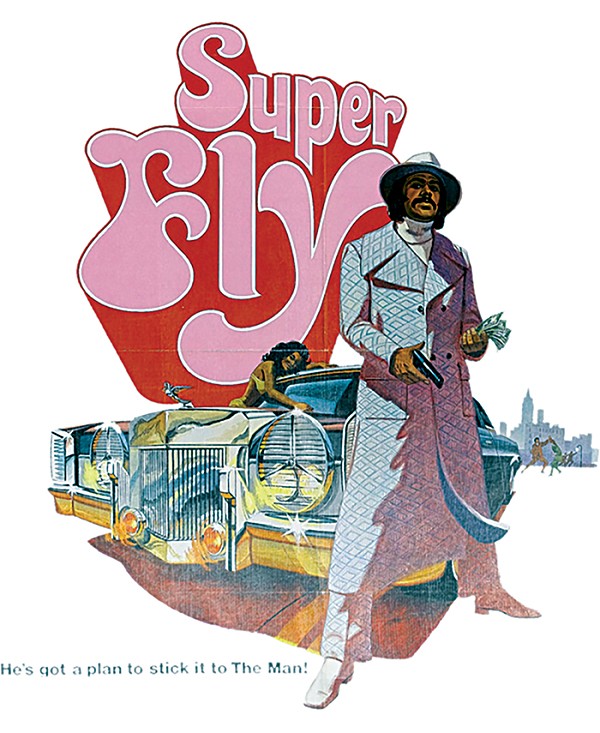 In 1971, Melvin Van Peebles' indie crime drama Sweet Sweetback's Baadasssss Song cracked the door on black independent filmmaking in America. No sooner was that door open than movies like Shaft and Super Fly came hustling through, challenging industry norms. And like Shaft, with its iconic soundtrack by Isaac Hayes, Super Fly's success was driven in no small part by Curtis Mayfield's socially conscious, hook-laden score. Packed with hits like "Pusherman" and "Freddy's Dead," it doubled as a rough-and-tumble autobiography about growing up poor on the tough streets of Chicago, where opportunity was scarce.

Super Fly was criticized for glamorizing the lives of gangsters and coke dealers, even the ones looking to get out. From the film's famously customized Cadillac Eldorado (not unlike Isaac Hayes' own "solid gold" ride) to a wardrobe often provided by actors who were asked to wear their own clothes, Parks' film helped to shape the look of the 1970s and set the tone for future conversations about race, media, and industry.